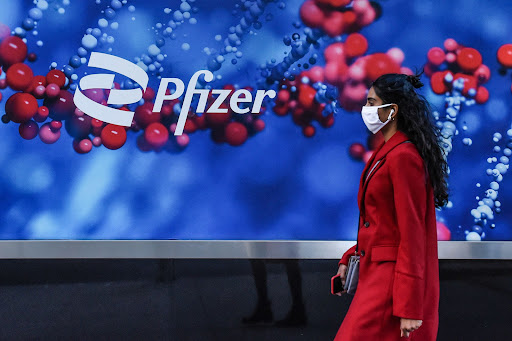 Pfizer’s Covid-19 pill gained clearance for emergency use in the US, delivering a more convenient treatment option for at-risk patients at a critical point in the pandemic. Picture: BLOOMBERG

Pfizer’s Covid-19 pill gained clearance for emergency use in the US, delivering a more convenient treatment option for at-risk patients at a critical point in the pandemic.

The drug, called Paxlovid, is the first at-home therapy for Covid-19 to win clearance from the Food and Drug Administration (FDA). It is expected to become a potent weapon in battling the virus once production gears up, giving people at high risk of severe complications from the disease a way to avoid winding up in the hospital.

“This authorisation provides a new tool to combat Covid-19 at a crucial time in the pandemic as new variants emerge,” said Patrizia Cavazzoni, director of the US FDA’s Center for Drug Evaluation and Research, in a statement on Wednesday.

The spread of the highly contagious Omicron variant has led to concern that the US healthcare system, already burdened from battling a months-long wave of disease caused by the Delta strain, could be further taxed by a new surge of illnesses. While the variant appears to cause less severe disease among the vaccinated, the large numbers of people in the US who haven’t had a Covid-19 shot could be vulnerable to worse outcomes.

President Joe Biden said in a statement after the approval that Pfizer’s pill is a “promising new treatment option” that will lower hospitalisations and deaths. He said the federal government will use wartime powers if needed to help Pfizer increase production of the pill, which Biden’s Covid-19 response coordinator said  takes six to eight months to make. “Even in the face of the more transmissible Omicron variant, America is more prepared than ever to fight this virus,” Biden said.

The White House has indicated that it sees Pfizer’s drug and another pill made by pharmaceutical giant Merck as crucial tools for alleviating the crunch for hospitals. Regulators are expected to also authorise the Merck pill soon, according to people familiar with the plans.

In a large clinical trial, Paxlovid was shown to reduce hospitalisations by 88% when given to high-risk unvaccinated patients within five days of symptoms starting. Adverse events associated have been similar between the drug and placebo in clinical trials, Pfizer has said.

Supplies will initially be sharply limited before ramping up next year. In November, the US government said it had ordered 10-million courses of the Pfizer pill for a price of nearly $5.3bn (R83bn)- about $530 (R8,340) per treatment. It expects to have only 65,000 courses available right away, with 250,000 courses expected by the end of January, US officials have said.

“Pfizer stands ready to begin delivery in the US immediately,” Pfizer CEO Albert Bourla said in a statement. Production of the pill is expected to ramp up dramatically next year, when the company expects to make 120-million courses.

Until now, infused monoclonal antibodies have been the mainstay treatment for high-risk Covid-19 patients outside the hospital. But those are complicated to administer and target the fast-mutating spike protein, which showed significant changes in the omicron variant. Two of the three main antibody treatments used in the US , from Eli Lilly and Regeneron Pharmaceuticals, may not work well against the heavily mutated omicron.

By contrast, Pfizer’s pill targets a protein inside the virus that is thought to change infrequently. Pfizer’s lab tests indicate that Paxlovid will still work against omicron.

In a clinical trial of the drug involving more than 2,000 patients, 0.8% of those who received Paxlovid were hospitalised or died during 28 days of follow-up, compared with 6% of patients who received a placebo, the FDA said in its statement.

Side effects of Paxlovid could include impaired sense of taste, diarrhoea, high blood pressure and muscle aches, the FDA said.

The pill was authorised for treating symptomatic Covid-19 in patients 12 years and older at high risk of developing severe disease. It is taken twice a day for five days and is used in conjunction with a second drug called Ritonavir. Between the two drugs, patients take three pills twice day, or 30 pills in total over five days.

Third dose of Pfizer-BioNTech’s vaccine restored defence to 54.6% in inoculated people aged 60 or more compared with those with two doses
World
7 months ago