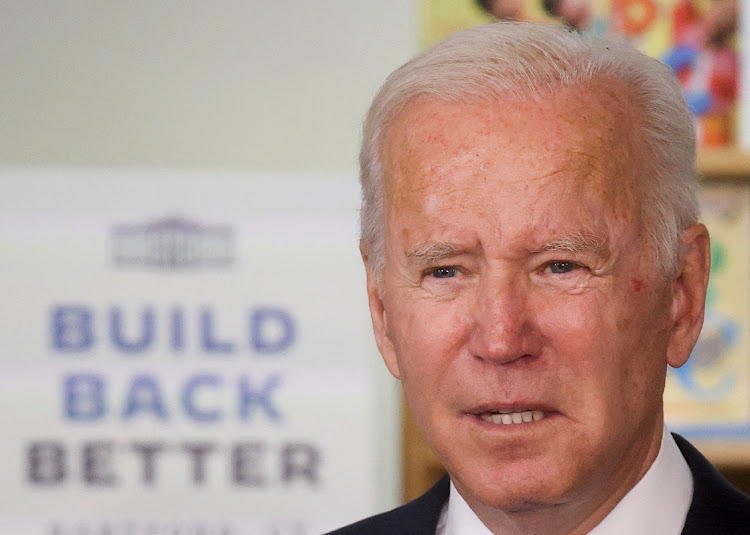 The Biden administration’s attempt to reframe thinking around federal debt and win backing for a sweeping expansion of the American social safety net looks to have faltered, undone in large part by an inflationary surge that stiffened the resistance of a key Democratic senator.

The conflict between President Joe Biden and Joe Manchin over the $1.75-trillion Build Back Better plan came to a head Sunday, when the West Virginia senator invoked the size of the national debt in pulling his support.

While the 10-year package was designed to pay for itself, it wouldn’t have done so in 2022, and would have run up bigger deficits if time-limited measures such as an expanded child tax credit were extended without revenue offsets. Manchin said the legislation camouflaged a run-up in borrowing that would “drastically” impair the US from being able to respond to threats including from China and Russia.

It marked a major reversal for attempts to incorporate the long-term shift towards lower rates into fiscal debates. Biden and his team more broadly have tried to get Congress to assess what’s affordable by talking about the debt payments the government is actually making — much as a homebuyer or private business might.

“The world has changed,” Treasury Secretary Janet Yellen told the Senate in her confirmation hearing at the start of the year. “In a very low interest-rate environment like we’re in, what we’re seeing is that even though the amount of debt relative to the economy has gone up, the interest burden hasn’t.”

But Manchin isn’t buying the argument. In a statement explaining his reasons for rejecting legislation enacting Biden’s economic agenda, he highlighted the “staggering” debt the US already has accumulated, along with concerns about inflation.

He has cited as an influence on his thinking comments made more than a decade ago by Admiral Mike Mullen, then the chair of the military’s Joint Chiefs of Staff. Mullen, speaking at a time when the European debt crisis was raging, said that rising federal borrowing was the greatest threat to national security.

While Mullen back then speculated that interest payments might soon reach the level of Pentagon spending, last year the net interest bill was less than half the national defense budget.

This year’s surge in inflation, which the Biden administration and the Federal Reserve both initially dismissed as “transitory,” has gone a long way in undermining confidence in the White House’s economic stewardship.

Republican lawmakers, who didn’t express much concern over the deficit impact of former President Donald Trump’s tax cuts or the 2020 pandemic relief measures passed under the GOP president, have been sounding the alarm, and blaming the escalating cost of living on the range of support to households extended by the current administration and congressional Democrats.

Manchin is now expressing similar arguments, even though most economists attribute the surge in living costs primarily to supply-chain disruptions and a shift in consumer spending towards goods and away from services, thanks to the impact of the pandemic.

Even so, debt is “not a big problem” at the moment and taking on more to invest in the country is “as affordable as it’s been over the past few decades,” said Jason Furman, a former senior Obama administration economic adviser who had criticised Biden’s $1.9-trillion March pandemic-relief bill as being excessive and has favoured — along with former Treasury Secretary Lawrence Summers — longer-term investments instead.

Furman estimates the Build Back Better package would only add 0.2 percentage points to inflation next year, with little impact afterward.

But such arguments for now aren’t carrying the day in Congress.

The job market has improved, consumer credit is surging, GDP growth is up and the dollar is shining
Opinion
7 months ago

US senator Joe Manchin says he will not support the Build Back Better package, drawing a sharp rebuke from the White House
World
7 months ago