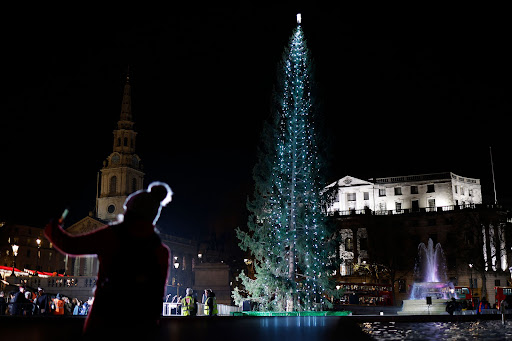 The number of people visiting London’s major shopping district was down by almost a fifth on the last weekend before Christmas compared with pre-pandemic levels, a further sign of the toll the spread of the Omicron variant is taking on beleaguered UK stores.

Footfall in the West End was 17% lower on Saturday and Sunday than the equivalent period in 2019, and 5% down on the previous weekend, according to data from the New West End Company. For the week as a whole, footfall slumped 29% relative to two years ago.

The figures, covering a crucial period for shops, highlight how consumers are changing their behaviour as a result of the new strain of the virus, even before the government imposes any major curbs on the economy. They will also add weight to calls for more government support for firms, many of which had been banking on a good Christmas to partly make up for losses during previous lockdowns.

“West End retail and hospitality businesses will have been disappointed with the turnout on the critical final weekend of Christmas trading,” said Jace Tyrrell, CEO of New West End Company, which represents businesses in an area that includes Oxford Street, Regent Street and Bond Street. “The retail and leisure sector is now facing a huge amount of financial uncertainty when it should be enjoying a much needed shot in the arm.”

“Urgent and swift financial support” from the Treasury “could be the difference between viable businesses avoiding closures and job losses in the new year,” he said.

The UK Treasury said on Friday it will do “whatever it takes” to support hospitality and other businesses hit by mass cancellations as households voluntarily isolate before Christmas. But Chancellor of the Exchequer Rishi Sunak has thus far stopped short of announcing any new measures.