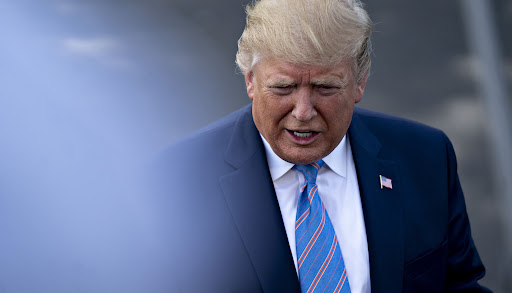 The state probe is a “baseless” and “malicious” fishing expedition intended to harass Trump and violates his constitutional rights, according to a lawsuit filed on Monday in federal court in Albany, New York. James had been seeking to depose Trump under oath on January 7 as part of the two-year investigation, according to a person familiar with the matter.

“For years, she has flagrantly abused her investigatory powers to target her political adversaries and advance her career,” Trump’s lawyer, Alina Habba, said in the complaint. “Her relentless attacks on Donald Trump serve as a prime example.”

James, who suspended her run for governor of New York earlier in December, began the probe in 2019 to determine if Trump’s Manhattan-based company had been manipulating the value of key assets for tax and insurance purposes. Since then, the company has waged legal battles over compliance with state subpoenas.

The suit includes pages of what Trump describes as evidence of James’s political motivations for investigating him, including an August 2018 tweet she posted before she took office, commenting on Trump’s former lawyer Michael Cohen reportedly seeking a plea deal.

“You & your cronies aren’t above the law. Every day we’re getting closer to justice,” James said in the tweet. “Just wait until I’m in the attorney-general’s office.”

Eric Trump, one of the former president’s sons and an executive vice-president at the Trump Organization, was deposed by state investigators in October 2020 after fighting in court to delay the questioning.

In July, Manhattan district attorney Cyrus Vance, in co-operation with James, charged the Trump Organization and its CFO, Allen Weisselberg, with an array crimes associated with untaxed benefits the executive had received, including the use of luxury cars and apartments. Weisselberg and the company have denied wrongdoing.

The Trump Organization has long argued the investigations are politically motivated. In May, Trump issued a statement accusing James and Vance of being “possessed, at an unprecedented level, with destroying the political fortunes of President Donald   Trump”.

A major focus of James’s probe has been the Trump Organization’s appraisal of Seven Springs, an 86ha estate in Westchester county, New York. Her office has been trying to determine whether the company gave an accurate valuation for the property when it served as the basis for about $21.1m in tax deductions for donating a conservation easement for the 2015 tax year.

Trump’s 40 Wall Street skyscraper and his Chicago hotel are among the other properties being scrutinised in the attorney-general’s probe, which overlapped with the Manhattan district attorney’s broad investigation of possible bank, mortgage and tax fraud.

The job market has improved, consumer credit is surging, GDP growth is up and the dollar is shining
Opinion
4 months ago

Trump’s media company to get $1bn investment from Spac