A French appeal court imposed €1.8bn in penalties after it upheld a 2019 decision in which UBS was convicted of illegally laundering funds 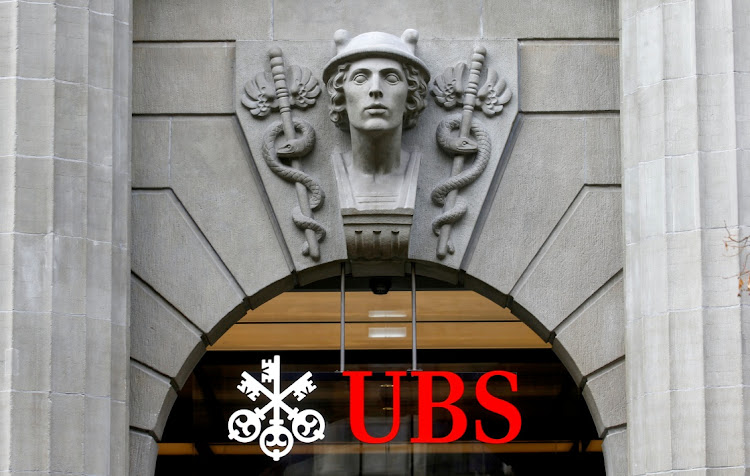 The logo of Swiss bank UBS is seen at its headquarters in Zurich, Switzerland February 17 2021. Picture: REUTERS/ARND WIEGMANN

UBS Group is considering appealing a French court’s decision that found it guilty of helping clients evade taxes and said it should pay €1.8bn (R32.4bn) in penalties in the seven-year legal case.

Top executives at the Zurich-based lender are reluctant to accept a guilty decision that could compromise their business in other jurisdictions, according to a person with knowledge of the matter. The Swiss lender may also challenge the court’s decision on the financial penalties, the person said, asking not to be identified as the deliberations are private.

Discussions are still at an early stage and the executive board is set to meet in coming days to decide its next course of action, two people familiar with the matter said. The bank has until Monday afternoon to lodge its appeal.

A French appeal court earlier this week ordered UBS to pay €1.8bn in penalties after it upheld a 2019 finding that the bank illegally laundered funds by providing customers with a range of services to hide assets from tax authorities. The main penalty breaks down as €800m damages award for the French state and a confiscation order of €1bn. The bank had earlier faced penalties of about €4.5bn.

A UBS spokesperson declined to comment. UBS shares have gained almost 30% this year, broadly in line with European peers.

Outgoing UBS chairman Axel Weber has said the French tax matter was one of his priorities to address, with uncertainty over the outcome weighing on its ability to boost shareholder returns. The bank decided in early discussions with French authorities in 2014 not to settle because it didn’t want to admit guilt, and has been fighting in the courts since.

Overall, the UBS matter relates to the years 2004 to 2012. The original penalty two years ago stunned the Swiss bank and even led to a shareholder revolt over management’s handling of events. Since then, Ralph Hamers has replaced Sergio Ermotti as CEO and Weber is set to be replaced by former Morgan Stanley top banker Colm Kelleher.

UBS executives including Weber still face the prospect of reduced bonuses from 2019, depending on the outcome of the case, after shareholders refused to discharge the board of liability.

UBS denied it engaged in any criminal wrongdoing in the case. The bank only set aside about €450m to cover its costs, and it also posted a €1.1bn bond.