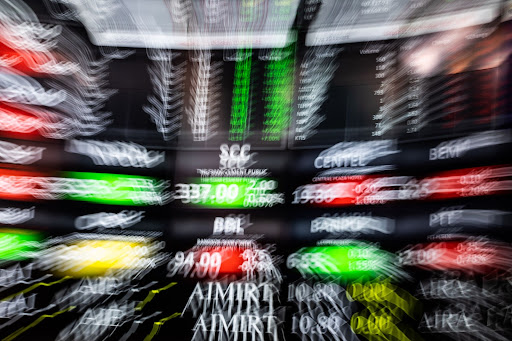 Thailand’s ministry of finance is considering imposing a tax on stock trading to boost government revenue after the novel coronavirus pandemic and economic slowdown slashed its receipts.

The levy may be 0.1% of each stock trade, Pakorn Peetathawatchai, president of the Stock Exchange of Thailand, told a press briefing on Friday. He spoke after Krungthep Turakij newspaper reported that the ministry planned the tax after waiving such a levy for more than 30 years.

“The stock exchange has been in close discussion on the equity-trading tax with the finance ministry,” said Pakorn. “We realise the need for the government’s additional revenue, but some concerns about the impact of this new tax on the stock market have been raised.”

Thailand’s government has boosted fiscal spending to spur growth as the Covid-19 pandemic plunged Southeast Asia’s second-biggest economy into its first recession since the 1997-1998 financial crisis. The nation’s public debt ceiling was raised to 70% of GDP in September, from 60%, to allow more borrowing to fund stimulus.

“The finance ministry has a clear policy of finding additional revenue, including a possible tax on stock trading,” Pornchai Theeravej, the ministry’s spokesperson, said by phone. “But the details, such as the specific tax rate, are still under discussion.”

The levy would be imposed on stock investors with total monthly turnover of 1-million baht ($29,967) per month, according to Krungthep Turakij. The tax, to be implemented in 2022, is expected to generate about 16-billion baht of revenue, the newspaper said.

The stock exchange has submitted its views on the tax rate and trading volume that may face the levy, Pakorn said. The bourse wants to ensure any tax doesn’t disadvantage equity investors and the Thai bourse’s competitiveness, he said.

The impact on domestic trading will probably be limited as most investors have priced in the prospect of such a tax, according to Pakorn.

The US Treasury again stopped short of labelling any foreign economies as manipulators of their exchange rates, while continuing to say that Taiwan ...
World
5 months ago