Omicron gets the best of J&J, Sinopharm and Sputnik shots 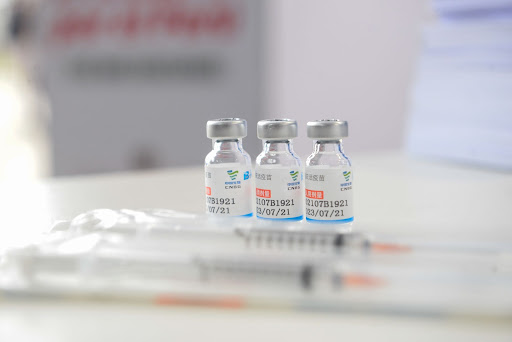 Covid-19 shots made by China’s state-owned Sinopharm and Johnson & Johnson (J&J), as well as the Sputnik vaccine developed by Russia, were found to produce little or no antibodies against Omicron in a study, as evidence of the new variant’s vaccine-evading abilities mount.

Researchers at the University of Washington and Swiss drugmaker Humabs Biomed analysed the efficacy of six vaccines against the highly infectious and most-mutated SARS-Cov-2 variant. Only three out of 13 people who have taken both doses of Sinopharm’s shot showed neutralising antibodies against Omicron. For J&J, this metric dropped to one out of 12 samples. None of the 11 people fully vaccinated with Sputnik generated such antibodies.

The study, which has been published as a preprint and has yet to be peer-reviewed, also found that the lowest reduction in protective antibodies come from a combination of prior infection and two doses of Pfizers mRNA shots. Antibody levels in this sub-set of people dropped fivefold, compared to 44-fold for those who took both the shots from Pfizer but did not have a history of coronavirus infection.

Emerging research that some of the most widely used vaccines provide only a partial shield against Omicron is making anxious governments impose travel curbs and accelerate booster shot campaigns in a bid to avert further virus waves and economy-gutting lockdowns. The new variant, which infects 70 times faster than the deadly Delta, has rapidly spread to about 77 countries in less than a month of being first detected in southern Africa.

The latest study found that people vaccinated with two doses of the Pfizer-BioNTech and Moderna shots also generated fewer antibodies. So did those with the viral vector vaccine developed by the University of Oxford and AstraZeneca — a finding consistent with other studies that there is a marked loss of protection.

Studies earlier this week showed that Sinovac Biotech’s vaccine — one of the most widely used in the world along with the Pfizer-BioNTech shot — also did not provide sufficient antibodies after two doses against Omicron and boosters are likely to be needed to improve protection.

This has left scientists and public health authorities scrambling for ways to raise protection against the new variant, including bringing forward third doses to just three months after the second, mixing and matching different vaccines and developing a new generation of omicron-targeted shots.

The majority of infections are among the young and unvaccinated, while data suggests that Omicron is as severe as other variants in people who ...
National
4 months ago