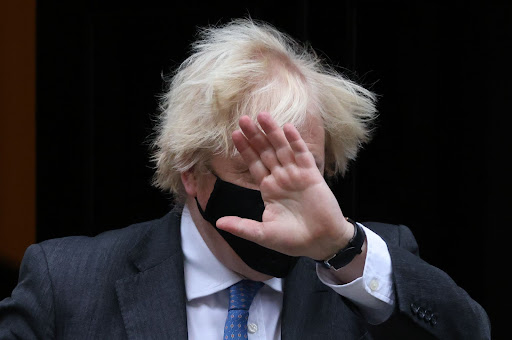 Boris Johnson said he takes “personal responsibility” and understands voters’ “frustrations” with his leadership after his ruling Conservatives lost a Parliamentary seat they held for nearly two centuries following weeks of turmoil and plummeting poll ratings.

The Liberal Democrats overturned a Tory majority of almost 23,000 votes to take the North Shropshire seat in the West Midlands that was previously held by former minister Owen Paterson. It followed a series of missteps by the premier that have badly dented his standing in the party and among the electorate.

“I put my hands up,” the UK prime minister told broadcasters in a pooled clip on Friday. “Have I failed to get this message across over the last few weeks, has it been obscured by all this other stuff? Yes it has.”

The collapse in Tory support heaps pressure on Johnson to prove to his own colleagues that he has a grip on government and can still be relied on to guide the party to victory in the next general election due by 2024.

The damaging result comes at an especially sensitive time for the UK amid a record surge in Covid-19 infections fuelled by the Omicron variant that threatens to overwhelm the National Health Service this winter.

The special election was triggered by the resignation of former minister Owen Paterson after he was found to have breached parliamentary rules on paid lobbying. Johnson’s attempt to protect him quickly backfired, and led to a damaging row over ethics and intense Tory infighting.

The premier was plunged deeper into turmoil when reports emerged of parties inside Downing Street last Christmas, when much of England faced strict rules on socialising, and Johnson suffered the biggest Tory rebellion of his tenure so far on Tuesday when 100 Tories opposed new Covid-19 restrictions.

Enforcement of vaccine passes to enter nightclubs and settings with larger crowds will be hard, owners say
World
7 months ago
Next Article