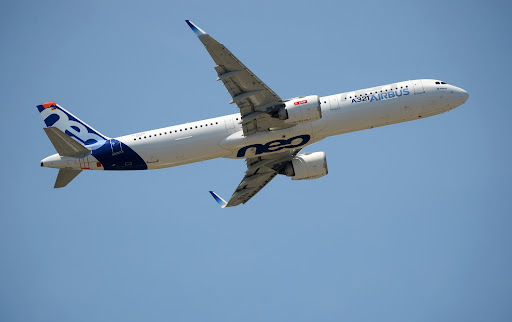 Airbus claimed a second blockbuster victory over Boeing in 24 hours on Thursday after Air France-KLM handed the European plane maker an order worth more $10bn at list prices.

The Franco-Dutch carrier agreed to buy 100 A320neo and A321neo single-aisle aircraft in a double-whammy for Boeing’s rival 737 Max after its defeat in a contest at Australia’s Qantas Airways.

The orders will be especially sweet for Airbus since they’ll see its models displace older Boeing jets at both carriers. In a further boost, the Air France-KLM accord includes purchase rights for an additional 60 narrow-bodies and an outline deal for four A350 freighters plus four options, expanding the market for the new cargo plane after Singapore Airlines ordered seven this week.

Airbus sales chief Christian Scherer said the French decision showed the manufacturer’s strengths in areas like performance, reliability and fuel efficiency. Air France-KLM CEO Ben Smith said jets from the A320 family are “the best choices for the long-term growth of our fleet.”

The aircraft will go to the short-haul arm of KLM, based at Amsterdam’s Schiphol airport, and low-cost division Transavia in the Netherlands and at Paris-Orly airport. Deliveries from what the group said is its biggest-ever order should begin in late 2023, according to a statement.

For Boeing, the losses take the gloss off an order surge for the Max, which had seen a strong sales rebound since being cleared to fly after two fatal crashes. The Chicago-based company said Air France-KLM remains a valued customer with which it will “continue to partner closely.”

Airbus had 368 net orders at the end of November, compared with 457 at Boeing, which is clawing back some territory lost during the Max grounding. The European firm is doing better on deliveries, with 518 planes handed over versus 302 at its rival. Airbus aims to ship at least 600 during the full-year.

The order from Air France-KLM comes after French finance minister Bruno Le Maire called on it to be a good customer for Airbus, which is based in Toulouse and ranks as a major employer in the country. State bailouts have seen the government become the carrier’s biggest shareholder with a 29% stake.

Jean-Baptiste Djebbari, the country’s transport minister, took to Twitter after the announcement, praising what he called “French industrial excellence in action.”

Transavia is key to Air France-KLM’s push to compete with the likes of Ryanair Holdings and Wizz Air Holdings by lowering costs on European routes. The fleet switch there suggests Smith is gaining the confidence of unions after moves to modernise previously met with resistance.

The A350F order comes with the right to switch to the passenger version of the wide-body model, according to the company. The group is separately taking delivery of 60 Airbus A220 regional jets. It has options for 30 more A220s and purchase rights for 30 beyond that, and has called for Airbus to make a stretched version.

The orders from Air France-KLM and Qantas will provide further impetus for Airbus to accelerate narrow-body production, though the step will require co-operation from suppliers that are struggling to keep pace with demand.

Bloomberg reported earlier that Airbus was on the cusp of winning the order for KLM and Transavia.