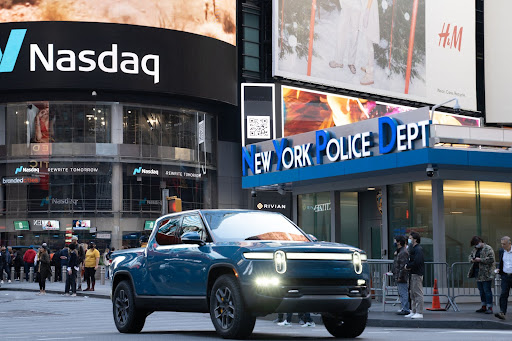 Of all the cars I drove this year, it was the plug-in kind that drew the most intense interest. Picture: BLOOMBERG

All anyone ever wanted to talk about in the car world in 2021, it seems, were electric vehicles.

In March, nine EU countries urged the European Commission to accelerate an EU-wide phaseout of petrol and diesel vehicles. In November, UK Prime Minister Boris Johnson announced legislation to require all newly built homes and office buildings in England to include electric vehicle charging capabilities. By December 1, more than 15 US states had pledged to phase out sales of new cars with combustion engines; at least two more such moves are pending.

Car shows such as the one in Munich in September went from being sleepy annual trade conventions to glamorised electric mobility confabs whose stars were electric pods and EV race car concepts. Wall Street spent billions on electric start-ups promising a bright future on EVs they hadn’t made yet.

Hennessey and Rolls-Royce announced plans for their supercharged stunners. Bugatti gained a new electric overlord. Detroit’s traditional automotive giants worked hard — and spent billions — to convince consumers and legislators that they were embracing an all-electric future.

Don’t let hype obscure reality. Even California, which is the biggest market for electric vehicles in the US, reports that only 6% of the cars on its roads are electric. The rest of the US still hovers around 2%. By 2040, EVs will add up to just 31% of all the cars on American roads, according to BloombergNEF.

We have a long way to go before EVs are perfected. Most require hefty price premiums over conventionally powered vehicles, and many had glitches in electric and software functions in early test drives. Others have poor interior craftsmanship and chintzy quality. Then there is the issue of driving range, which is really about the lack of a national electric charging network for drivers.

Still, the excitement reflects something real. I have written about cars, SUVs, trucks, and motorcycles for nearly two decades, and I have never seen a more exciting, challenging, and surprising time in the automotive industry. Consumers will eventually be the biggest winners of the whole electrification process because the vehicles just keep getting better.

Here is a look at the five best purely electric vehicles I drove in 2021.

The Mercedes-Benz S Class was the single best car I drove this year. Its electric equivalent, the $102,310 EQS, lacks a little of the extreme sumptuousness and perfect mechanical and technological calibrations of this executive sedan. But the EV’s engaging touchscreen command centre (available in the top-of-the-line EQS 580 4Matic) and powerful quick-drive quality offer a healthy glimpse of how the best electric sedans of the future will feel and perform.

Compared with its competitors, the EQS falls on the higher side of the range-anxiety debate: Its 780km range bests Tesla Model S’s 660km and Porsche Taycan’s sub-480km. It charges to 80% of capacity in 31 minutes with DC fast charging, about the going rate these days.

It is not the fastest vehicle of the lot — the line-topping EQS 580 4Matic gets 516hp and 631 pound-feet of torque and goes from zero to 100km in 4.1 seconds on its four-wheel-drive chassis, which is slower than the highest versions of the Taycan and Model S. But the owner of an EQS with interior accoutrements and technology that far exceeds those models will hardly notice or care about the difference.

This was perhaps the most hyped vehicle of the year, with newbie electric vehicle maker Rivian topping out at $100bn in value when it went public in November. I and some other reporters can take some of the blame for this: I called the R1T the vehicle I most wanted to drive in 2021.

The global electric truck market size is projected to reach $1.9bn by 2027, according to Allied Market Research, up from $422.5m in 2019. What Tesla did for electric cars — force them into mainstream consideration — has yet to be done for electric trucks.

Rivian’s R1T is the first contender. Aimed at the triathlete mountain-climbing “gorp-core” (good ol’ raisins and peanuts) Silicon Valley tech-bro, the $74,075 pickup counts many novel inventions to its name, including a pass-through storage space beneath the truck bed and a factory-installed, on-board air compressor for emergencies in the wilderness. Plus, it has 500km range and looks at least good enough to support the company’s claim that it’s the “Patagonia of trucks.”

I drove it for a few days on and off roads near Breckenridge, Colorado. The RiT’s software is still buggy — and it’s not as rugged as similarly priced standbys from Jeep and Land Rover — but it’s an exciting first offer from a company we are sure to see plenty of.

The $139,900 Audi RS eTron GT is built on the same electric platform as the Porsche Taycan, with the same two-speed automatic transmission from their parent company, Volkswagen. Both exceed the Tesla Model S in looks, build quality, interior craftsmanship, and infotainment intuitiveness. So it’s important to note how they differ, especially because the Taycan, which came to market a year ahead of the eTron, is a very strong option for electric vehicle fanatics. Otherwise, you’re just picking a hood badge you like, right?

To my eye, the e-tron GT looks better than the Taycan. It is more svelte, with a sleeker roofline — the lowest of any Audi, apart from the R8 — and an aggressive stance enhanced by 21-inch set wheels that are cut like blades and bright LED headlights traced in blue. A panoramic glass roof comes standard on the base GT, while higher-tuned, more expensive RS versions come standard with a carbon fibre ceiling. (The glass roof on those is optional.)

The most notable new element in the e-tron GT is the Tic Tac-box-sized “shifter”that moves the car from neutral to reverse or drive. (The Taycan has one, too.) Otherwise, the interior has a minimal quality, with fewer computers and touchscreens than in the Taycan and warm wood-veneer options throughout.

So they’re close. Many consumers will choose according to prior brand loyalties. But the Audi eTron proves that electric sport sedans will be just as engaging and efficient to use as their internal combustion-powered cousins. As it’s the shiny new thing I drove this year, I give it the edge.

This one was critical for BMW to get right. The first electric SUV from the Bavarian brand, it — along with the i4 — is the lynchpin for BMW’s target of a tenfold increase in BEV sales from 2020 to 2025, which would represent 15% of the sales mix, or 450,000 units in total, according to Bloomberg Intelligence.

As I said in my review after driving it through the Alps outside Munich, the $83,200 rig is not exciting to drive, and it lacks the styling cues of the BMW’s X6M, one of my all-time favourite SUVs. But with seating for five and 480km of driving range, it offers a well-built, thoughtfully appointed cabin and decent handling for its spacious size.

My favourite part was the simplicity of the high-quality, calming cabin and excellent new infotainment interface. Frameless doors, a panoramic glass sunroof, the open-pore wooden dashboard, crystal-cut buttons, and a scrolling “shifter” all felt warmly modern and not, as sometimes happens, cold and robotic.

Electric trucks and other truly function-focused electric rigs are coming, but an exceptional electric station wagon is already available. The $90,900 Porsche Taycan Cross Turismo combines the proven power and well-made German fabrication of the Taycan with the additional space and practicality of a hatchback wagon.

The entry-level Taycan Cross Turismo has 469-horsepower worth of performance packed underneath its body, plus the four drive modes on two “gears” — one for strong power under lower speeds, the other for sustained efficiency at high speeds — and the range of the regular Taycan.  Acceleration is silky smooth, going from zero to 100km in 4.8 seconds, with a top speed of 220km/h.

Its outback-ready options make this all-wheel-drive wagon really shine. The Offroad Design Package ($1,780) raises it 10mm above normal ride height (that’s a total of 30mm higher than the Taycan sedan, a whopping inch) and gives it additional protection panels along the bottom of the front, sides, and wheel arches, great for crawling along dusty river bottoms and scruff. What’s more, it adds two cubic feet of load capacity in the rear — up to nearly 16 cubic feet, from 14.3 cubic feet in the regular Taycan. All told, the Taycan Cross Turismo has 42.8 cubic feet (1.2m³) of storage space in the back when the rear seats are folded flat.

It’s enough to make anyone want to jump in and head out to explore. The fact that it’s a well-made electric vehicle that’s truly viable for daily life is the icing on the cake.

New targets show Toyota intends to compete seriously with Tesla, Volkswagen and other global rivals
News
1 month ago
Next Article