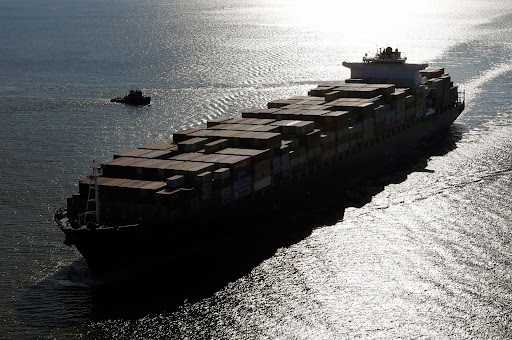 A programme to ease Palestinian exports is to be launched on January 1, and will use containers as part of the system. Picture: BLOOMBERG

A pilot programme meant to facilitate Palestinian exports is to be launched on January 1, with a view to increasing trade, creating jobs and improving overall economic conditions for the Palestinians, according to a joint statement from the Palestinian Authority and EU.

Israel, which occupies the West Bank and blockades the Gaza Strip, controls the movement of most Palestinian exports. Under the current set-up, most goods are offloaded from trucks at the cargo terminal at the Allenby Bridge between the West Bank and Jordan, then inspected and loaded onto other trucks that take them into Jordan, a costly and inefficient process.

Under the three-month, EU-backed test programme, goods will be shipped in containers that will be scanned at the terminal without being unloaded, Palestinian officials said.

The Palestinian minister of national economy, Khaled Osaily, said in the statement that the pilot programme would “contribute to enhancing the competitiveness of Palestinian products”. The EU’s representative to the West Bank and Gaza, Sven Kühn von Burgsdorff, said he hoped it would “facilitate cross-border trade” and “contribute to building trust between the parties”.

Some of the exports that reach Jordan from the Palestinian areas are sent on to other countries in the Middle East, the US and Europe, according to Palestinian officials. Palestinian exports to Jordan totalled $57m in 2020, while bilateral trade reached $231m.

The target is to eventually reach an annual $1bn in bilateral trade, due to the streamlined shipping process and other commercial agreements with Jordan, Palestinian officials have said.

Israel, which controls Palestinian exports on security grounds and maintains a presence at the Allenby Bridge, has agreed to the pilot plan, according to the statement. Spokespeople at the Israeli defence ministry and ministry of foreign affairs said they would look into the report.

According to Palestinian officials, the plan includes exports from Gaza, which have been limited since Israel and Egypt put the territory under blockade after Hamas militants seized control there in 2007.

The Palestinian economy grew 5.4% in the first half of 2021, as Covid-19 cases decline and vaccination rates picked up, according to the World Bank. But unemployment remains a high 16.9% in the West Bank and 44.7% in Gaza, in large part due to Israeli restrictions on the movement of people and goods in the occupied West Bank, the Gaza blockade, and the May conflict between Gaza and Israel.

Israel’s new government has taken a number of steps to improve economic conditions in the West Bank and Gaza, but continues deducting tax revenue it collects on behalf of the Palestinian Authority to offset funds the Palestinian government pays the families of militants killed or jailed for attacking Israelis.

Since the ousting of Omar al-Bashir, Khartoum has been purging the Palestinian militant group
World
3 months ago