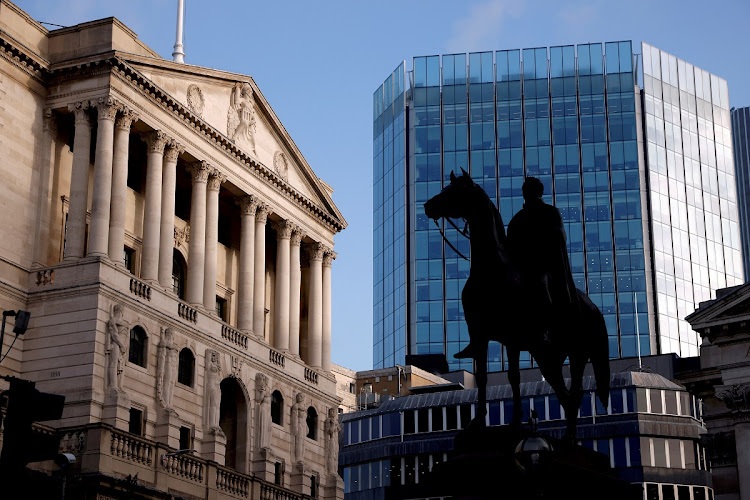 London's financial district, with The Bank of England on the left. Picture; JOHN SIBLEY/REUTERS

The stimulus era is formally over. The Bank of England’s (BoE) surprise 15 basis point interest-rate increase on Thursday finally moved the agenda from pandemic recovery onto fighting inflation. The pound firmed nearly 1% versus the dollar and the entire gilt yield curve rose about eight basis points.

The conditions were just too strong for the monetary policy committee to ignore any longer: inflation is at over 5%, a decade-high, and the labour market is red hot. That was enough to overcome worries over the spread of the Omicron variant. The Federal Reserve’s aggressive action on Wednesday — with plans to taper quantitative easing more swiftly and guidance for higher interest rates — helped blaze a trail that the BoE has been forced to follow.

For now, this latest sharp rise in the spread of Covid-19 is not derailing central bank action on combating rampant price gains. A signal had to be sent if there is to be any chance of containing inflation expectations and future wage demands. The recovery from the pandemic can be left to look after itself, as long as the economy does not shutter completely in the new year. Of more pressing importance is that the bank expects consumer inflation to peak at around 6% in April. Something had to be done — it’s just a shame this wasn’t done in November as it serves to deflate the holiday season even further. 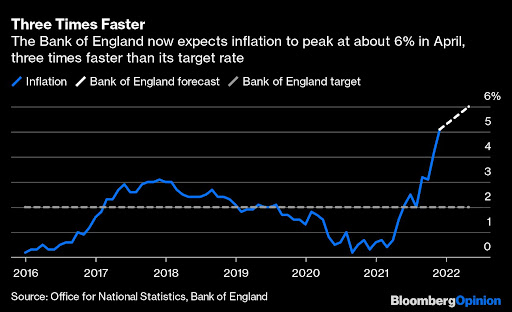 At least the IMF will be happy even if most City economists expected no move. It had issued a terse recommendation this week to the BoE to get on with tightening. The BoE’s communications policy has come under intense criticism after it failed to hike at its November meeting, as virtually everyone had expected. It has somewhat made up for that failure to act. However, because there was no press conference on Thursday, governor Andrew Bailey will have to do significant explaining in other post-meeting media rounds. Only one member, Silvana Tenreyro, voted for no change; so, there was a significant unison at last to commence normalising interest rates from emergency levels.

The economic effect of this baby step is likely to be minimal in the short term. Virtually all new mortgages and 80% of existing ones are on fixed-rates. Similarly, loan and credit card rates  are unlikely to budge much, if at all. But the bigger issue is how many more increases are coming down the pike and when?

So the question now is whether the February meeting leads to a second hike to 0.5%. This has more importance than just on interest rates as it will be a double whammy of stimulus reduction. That 50 basis point level is a hurdle set by the BoE to begin naturally reducing its vast £895bn balance sheet as its bond holdings mature. There is a £28bn gilt holding maturing in early March that would be automatically reinvested across the yield curve if the bank rate stays below 50 basis points.

With a drought of gilt supply at present, there is no long end issuance for the next two months, then potentially removing such a large slug of future QE buying from the equation could weigh on gilt yields. So there will be even closer analysis than usual of the potential for back-to-back interest rate hikes.

The communication requirement just got more onerous for the BoE. Let’s hope it has upped its game.

Borrowing costs up 15 basis points to 0.25% despite the threat to the UK economy posed by record coronavirus cases
News
7 months ago

Those who were caught out lost money, said two senior employees in London
World
7 months ago