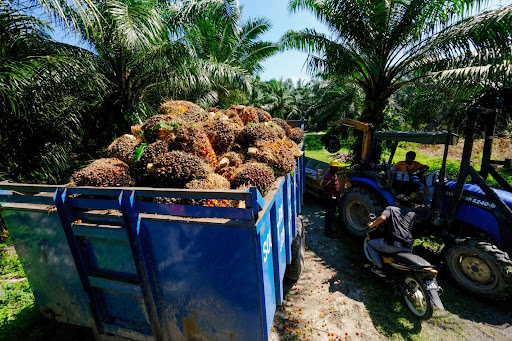 A Malaysian firm is developing a harvesting tool for palm oil that could accelerate automation in an industry that is known not only for its gruelling conditions, but is also suffering from a chronic labour shortage.

Production of palm oil, the world’s most-consumed edible oil, is set for five-year lows in second-largest grower Malaysia after the government shut borders and froze hiring of foreign workers due to the Covid-19 pandemic. Farmers have been forced to let their fruit rot on trees, preventing them from maximising harvests while palm oil prices have rallied to record highs.

The worker crunch has magnified the urgency for “intelligent” harvesting tools and automation in oil palm plantations, which have a low level of digitalisation compared with other industries, said Girish Ramachandran, co-founder of Irga, a precision farming solutions provider headquartered in Kuala Lumpur. The technology can also reduce Malaysia’s reliance on foreign workers by making the sector more appealing to locals, he added.

The machine, dubbed HARVi, is the first palm tree cutter with digital intelligence and precision harvesting software. Digital sensors can detect the location of the worker and the tree, as well as whether the worker is cutting fruit or pruning fronds, Girish said. The data can be accessed through a mobile app, eliminating time-consuming manual tasks such as counting of fruit bunches.

Access to this level of granular data will provide greater transparency on the supply chain amid mounting international pressure for stricter environmental, social, and governance standards in the palm oil industry.

“From the tree to the mill there is very, very low digitalisation. People are still running manual processes that are absurd,” he said.

Automation in the palm oil industry has been slow partly due to the sector’s difficult and dangerous conditions.

Oil palm fruit grows in dense bunches wedged between thorny fronds as much as 12m off the ground, each bunch with about 1,000 to 3,000 fruitlets that together weigh around 15kg-25kg. Skilled workers typically use sharp sickles attached on poles to slice fruit bunches by hand and transport them by wheelbarrow. Mechanised cutters are often too expensive for smallholders.

And unlike soybeans or rapeseed, which are waist-high crops grown on flat fields suitable for giant harvesting machines, cultivation of palms is tricky on the sometimes hilly terrains of Malaysia and top grower Indonesia.

While some big Malaysian planters have begun to use drones for applying fertiliser, automation still has a “long way to go”, economy minister Mustapa Mohamed said in October.

The HARVi, which is expected to be ready for sale by April, can go some way to address the difficult picking conditions. Compared with cutters being used now, it is lighter, easier to handle and can eventually tackle taller palm trees, Girish said. It allows workers to harvest fruit bunches up to 6m high, compared to 3.6m-4.2m now, he said.

“With technology and digitalisation we’re able to enhance productivity, and as a consequence, provide higher income share to field workers and reduce labour requirements,” Girish said. “We should not be dependent on foreign labour in the long term.”