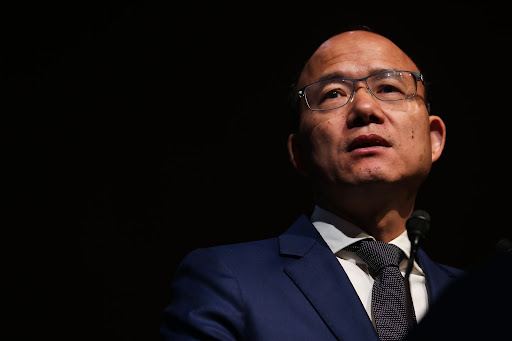 As Covid-19 started spreading in Wuhan early in 2020, Chinese billionaire Guo Guangchang’s drugmaker appeared to have scored a big win: a partnership with Germany’s BioNTech, which went on to produce with Pfizer one of the world’s most successful vaccines against the coronavirus.

Yet almost a year later, the shot is yet to be approved in mainland China, and in recent weeks Beijing has thrown its heft behind a home-grown mRNA vaccine, allowing China’s Walvax Biotechnology to test its own experimental shot as a booster. The developments are raising new questions about whether the US-German vaccine, licensed for the potentially lucrative Greater China region by Guo’s Shanghai Fosun Pharmaceutical Group, will ever be used on the mainland, where President Xi Jinping’s administration has backed a nationalist agenda on all fronts, including in the fight against the virus.

The delayed approval is the latest sign of how vulnerable Chinese tycoons — and their foreign partners — are to Beijing’s political diktats. It also highlights the uncertain outlook for global drugmakers in China, the world’s second biggest pharmaceutical market and a big one for Covid-19 products. More than 1-billion Chinese have been inoculated with the traditional shots made by Sinovac and Sinopharm Group even though they have been found to be less effective than mRNA ones in scientific studies.

It’s hard to tell when, if ever, the Pfizer-BioNTech vaccine will be approved for mainland China since regulators haven’t publicly said why it’s being held back, analysts say.

The Chinese market could fall out of reach for international pharmaceutical firms if approvals for vaccines and medicines intended for Covid-19 are made “a political issue, rather than an economic or biological one.” said Zhao Bing, a senior analyst who oversees healthcare research at China Renaissance Securities HK. Given the domestic competition, the prospects in China for the shot may be limited even if it is eventually approved for use in the mainland, he said.

The uncertainty is a blow to the ambitions of Guo, who in recent years has increasingly made healthcare a key area of focus for his conglomerate. Fosun Pharma’s shares are now more than 40% below their August high. Guo’s own net worth, meanwhile, has plunged to $3.5bn from this year’s peak of $4.6bn amid the selloff and as China’s economic slowdown and intermittent Covid-19 resurgences have hurt the retail and tourism arms of his conglomerate, Fosun International.

In an emailed response to questions, Fosun Pharma said its collaboration with BioNTech “has always been supported by relevant regulatory authorities”. The clinical trials and approval process are progressing in accordance with China’s laws, the company said.

Still, the shot has already been widely approved around the world for months. Pfizer — which has the rights to market it outside of Fosun’s distribution area of mainland China, Hong Kong, Taiwan and Macau — is pulling in billions in revenue from the vaccine. While Fosun has sold it in Hong Kong, Taiwan and Macau, where it’s been green-lit by regulators, a BioNTech representative said the application for the vaccine’s use on the mainland is still ongoing.

Fosun was required to pay €125m to BioNTech before the end of 2020 as an initial payment to secure 100-million doses for mainland China in 2021. Some of those shots — with labels featuring the vaccine’s brand name in simplified Chinese — eventually reached Taiwan as donations from its local chipmaking giants and charities, who purchased them from Fosun.

Meanwhile, Fosun also agreed to invest $100m in a joint venture with BioNTech to manufacture the vaccine in China. The plant, once completed with technology transfers and manufacturing know-how from BioNTech, was supposed to churn out 1-billion doses of the shot annually. But the JV isn’t currently operating with doses for region coming from BioNTech’s plant in Germany.

The vaccine setback comes at a time when China has curbed the ascent of some of its most powerful tycoons, derailing the IPO of Jack Ma’s Ant Financial and placing restrictions on the gaming business of Pony Ma’s Tencent. In the pharmaceutical space, Chinese leaders now appear eager to prove the country’s prowess at vaccine-making, encouraging sales of local shots around the world as a way of increasing Beijing’s geopolitical heft.

Walvax’s shot, being co-developed with local biotech Suzhou Abogen Biosciences and the Chinese military, is now being tested in final-stage trials in countries including Mexico and Indonesia, and the results are expected as soon as the end of this year.

“China doesn’t have an mRNA vaccine right now. When it does, it’d better be a domestic one, so that it shows the country is just as capable of pulling it off,” said Mia He, senior healthcare analyst at Bloomberg Intelligence.

Founded in the early 1990s by Guo, a philosophy major, along with three friends who studied genetic engineering at Shanghai’s prestigious Fudan University, Fosun got its start as a consultancy firm. Guo then sniffed out business opportunities in sectors just beginning to open to private companies and Fosun later went on a global acquisition spree.

But in 2015, Guo briefly disappeared from public view and trading in his holding company, Fosun International Ltd., and Fosun Pharma was suspended. The companies said he was assisting investigations carried out by Chinese judiciary authorities. Their shares resumed trading three days later, when Guo reappeared at a group annual meeting.

In the ensuing years, Fosun International divested billions in assets. Meanwhile, regulatory scrutiny and tighter bank credit brought down giants like HNA Group and Anbang Group. Fosun survived because it was “compelled to begin tackling these issues at an earlier stage, and was also in a better position to do so,” since its operational portfolio was in better shape, said Brock Silvers, chief investment officer at Hong Kong-based private equity firm Kaiyuan Capital, who tracks Chinese equities and used to hold Fosun shares.

Guo made healthcare an important area for the conglomerate, and the drug unit sells a hodgepodge of medicines that treat everything from diabetes to mental disorders. In China, it also sells foreign brands like a key cancer therapy marketed by Gilead Sciences and surgical robots made by Intuitive Surgical.

Fosun Pharma and the parent conglomerate both said they continue to embrace a global strategy, although the drugmaker has appeared to show a rising interest in local investments in recent months.

In July this year, Fosun Pharma stuck a deal with a domestic biotech firm called Kintor Pharmaceutical Ltd. for the right to market a drug being tested for treating Covid-19. The drug, called proxalutamide, was studied as a potential prostate cancer treatment by Kintor for years before the pandemic and earlier research conducted in Brazil showed it reduced hospitalisation among mild Covid-19 patients, as well as death in the very sick.

Experts have questioned that claim, but Kintor’s CEO said he hopes a pivotal trial being carried out in the US, which will have interim data in December, will help clear some doubts around the drug’s efficacy on Covid-19. Still, Chinese state media are already touting the drug as the country’s equivalent to the pills developed by Merck and Pfizer, which can be taken at the early stages of infection to treat Covid-19.

Among other local investments, Fosun Pharma has also bought a controlling stake in a domestic vaccine maker that’s developing something similar to Pfizer’s Prevnar 13, a pneumococcal shot that was the world’s best-selling immunisation before Covid-19. Fosun’s strategy, Silvers said, “often reflects a situational realism.”