Anti-vaxxers had objected to mandatory vaccination on religious grounds 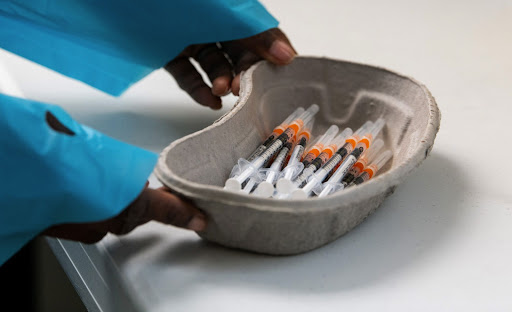 A divided US Supreme Court left in force New York’s requirement that health-care workers be vaccinated against Covid-19, refusing to order exemptions for 20 providers who say they object to the shot on religious grounds.

The rebuff, which came with no explanation, follows a similar rejection in a Maine case in October. Justices Neil Gorsuch, Clarence Thomas and Samuel Alito dissented, with Gorsuch criticising New York governor Kathy Hochul for comments she made defending the lack of a religious exemption.

The orders come amid a cultural and political firestorm over Covid-19 vaccine requirements. Republican-led states including Florida are moving to fine companies unless they let workers opt out, pushing back against President Joe Biden’s plan to require private employers to ensure workers are vaccinated or face federal occupational safety penalties.

A federal appeals court has put the Biden rules on hold, and that issue is likely to reach the Supreme Court soon as well.

New York is among a handful of states that require vaccinations for health-care workers without allowing a faith-based exemption. New York’s mandate, issued August 26 by the department of health, requires health-care workers to be vaccinated if they are in close contact with patients, residents or other workers. The rule exempts people who have a medical reason for not getting vaccinated.

Two groups of doctors, nurses and other providers contend the mandate violates their constitutional rights. They say they are Christians opposed to the three available vaccines because they have links to cell lines derived from aborted foetuses. They told the court they either have already lost their jobs or will soon lose them.

The Moderna and Pfizer  mRNA vaccines were tested using a cell line that originated with an aborted foetus in the 1970s. The Johnson & Johnson vaccine uses a different cell line during production and manufacturing. None of the vaccines contain aborted fetal cells.

In an opinion for himself and Alito, Gorsuch faulted Hochul for saying in September that people with religious objections to vaccine mandates “aren’t listening to God and what God wants.”

“Sometimes dissenting religious beliefs can seem strange and bewildering,” Gorsuch wrote. “In times of crisis, this puzzlement can evolve into fear and anger. It seems Governor Hochul’s thinking has followed this trajectory, and I suspect she is far from alone.”

The court acted after weeks of deliberation.

New York told the justices its rule was warranted in light of the continuing threat posed by Delta variant of Covid-19. The state pointed to the risk that health-care workers could transmit the virus to vulnerable patients and residents or worsen staffing shortages by infecting colleagues.

As a result, we have at least 13-million unused vaccines
Opinion
5 months ago

The incentives can be considered as a stimulus package, says Lund University researcher
World
7 months ago
Next Article