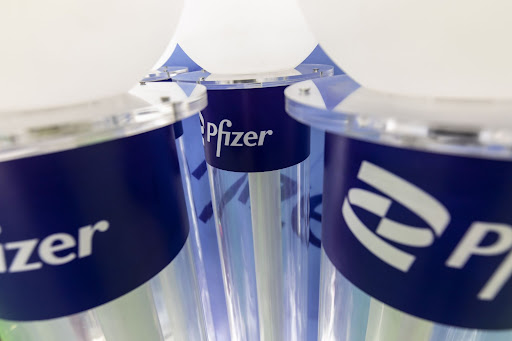 Pfizer agreed to buy Arena Pharmaceuticals  in a deal valued at about $6.7bn that brings potential therapies targeting immuno-inflammatory diseases.

The drug giant will pay $100 a share in an all-cash transaction for San Diego-based Arena and its assets in gastroenterology, dermatology and cardiology, according to a statement Monday. That’s about double Arena’s Friday closing price.

Analysts cautioned that the deal is likely to come under close regulatory scrutiny. Arena shares rose as much as 88% — still short of the deal price — as of 11.01am in New York, while Pfizer’s gained as much as 5.2%.

Pfizer, which partnered with BioNTech  on the widely used Comirnaty Covid-19 vaccine, said the deal complements its capabilities in inflammation and immunology and will contribute to growth through 2025 and beyond. Pfizer plans to speed up clinical development of etrasimod, Arena’s lead drug candidate, said Mike Gladstone, global president and general manager of the drugmaker’s inflammation and immunology business.

Pfizer sees etrasimod as “the driver” of the deal, Gladstone said in a call with investors on Monday. It’s an oral product, which is easily administered, and could have best-in-class effectiveness, he said.

Wall Street has been watching Pfizer closely to see where it would use its growing cash spurred by its coronavirus vaccine, said Louise Chen, an analyst for Cantor Fitzgerald, in a note to investors.

“We think this deal makes strategic sense,” she said.

With CEO Albert Bourla at the helm, Pfizer has shifted away from mega-deals and focused on external investments in mid- and late-stage drug candidates. Arena is poised to reach a critical milestone early next year, when final-stage trial results are due for etrasimod in moderately to severely active ulcerative colitis. That could position Pfizer to approach regulators for the drug’s approval next year, and bring it to market in 2023.

However, the “newly muscular” Federal Trade Commission (FTC) headed by Lina Khan may be an obstacle to the deal, according to Citi analyst Andrew Baum. The regulator may see overlap between estrasimod and some of Pfizer’s immunology portfolio, Baum said.

“None of the other programs in Arena’s pipeline are similar to any programmes we have in Pfizer’s pipeline,” he said. “When you put all that together, we’re confident that the regulators will understand this.”

Should the deal go through, Pfizer’s commercial footprint will help position estrasimod to compete against Bristol Myers Squibb’s Zeposia.

Deal could lead to further agreement for manufacturing active pharmaceutical ingredients used in the jab, bolstering supply security in Africa
National
1 month ago

The company created a new corporation responsible for paying all baby-powder claims, then put that unit into bankruptcy where it will seek a ...
Companies
3 months ago
Next Article