Father of nine José Antonio Kast, who opposes gay marriage and abortion, is within shouting distance of winning the presidency 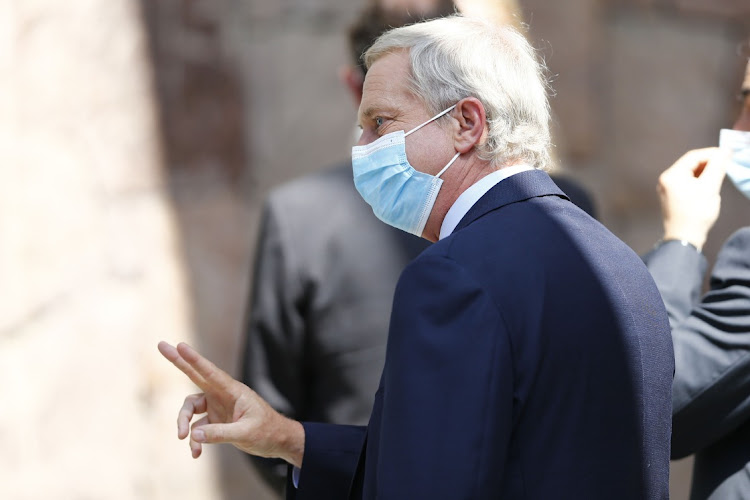 On the campaign trail, he has a formal bearing. Father of nine, opponent of gay marriage and abortion, the light-haired, blue-eyed lawyer vows to slash taxes and dig a deep ditch against immigration. Chile’s election on Sunday December 19, he says, is a contest between liberty and totalitarianism.

José Antonio Kast, 55, considered a fringe candidate four years ago when he took just 8% of the vote, is today within shouting distance of winning the presidency. If he beats opponent Gabriel Boric — the race is close with many undecided — he would be, by far, the most conservative president of Chile in three decades.

“The Kast phenomenon stems at least partly from the exceptional challenges that Chile has faced in the last two years,” said Claudia Heiss, the head of political science at the Institute of Public Affairs at the University of Chile. She pointed to violent demonstrations over inequality followed by the pandemic, saying they “fed an agenda of the extreme right promising order and security.”

A lawyer and former legislator, Kast is sometimes called the Donald Trump of the Andes and compared to Brazil’s Jair Bolsonaro. These are somewhat misleading analogies.

Articulate and poised, Kast isn’t a showboat or rabble rouser. When he shouted “Viva Chile!” to supporters after his victory in the first round last month, he sounded more awkward than inspiring. When asked in a recent TV interview whether his opponent is a “puppet” of the Communist Party, he demurred, saying there was no reason to use insulting language — though he doesn’t hesitate to do so when speaking of communists. He calls himself “the candidate of common sense.”

The son of German immigrants and brother of a former minister for the late dictator Augusto Pinochet, Kast represents to some the voice of order and security and to others an embrace of inequality and authoritarianism. He has said that if military dictator Pinochet were alive today, the general would vote for him.

Boric, his opponent, could hardly be more different. A 35-year-old former student leader, the bearded and tattooed Boric, allied with the Communist Party, wants higher taxes, greater state involvement and freely available abortion. He would be Chile’s most left-wing head of state since the 1970s, when socialist Salvador Allende was overthrown by Pinochet.

In many ways, the electoral contest between the two suggests that 30 years of moderate politics and exceptional economic growth fuelled by foreign investment hasn’t pushed aside the fury and divisions of those battles half a century ago.

“The ghost of communism in a country like Chile has a great impact,” said Kenneth Bunker, founder of Tresquintos, a political analysis website, explaining Kast’s many references to the far left.

Tensions broke to the surface in late 2019 when the country was racked by a wave of protests against inequality. The government lost control of the streets and called up the army for the first time since the dictatorship. Meanwhile, the arrival of hundreds of thousands of Venezuelans has added to shantytowns and stoked local resentment.

Kast has reached out to leaders abroad who share his outlook, meeting with aides to President Andrzej Duda of Poland, former deputy prime minister of Italy Matteo Salvini and officials in Spain’s Vox party. Two weeks ago, he visited Washington and saw no-one in the Biden administration but met Florida Republicanenator Marco Rubio.

While his aides think comparisons to Trump and Bolsonaro are simplistic, they do admire some of their policies.

“We have a favourable view of Trump’s economic policies and Bolsonaro’s clarity in confronting crime,” said Rojo Edwards, a Kast friend and elected senator from his Republican Party. Kast’s victory celebration last month featured a number of supporters sporting Trump hats. Kast declined to be interviewed for this article.

Recently he tacked to the centre in a search for votes, pledging to step up the fight against global warming, defend women’s rights and cut taxes more gradually than originally planned.

Friends describe Kast as close to his nine children and two grandchildren. He met his wife, Pia Adriasola, when they were law students at Chile’s Catholic University in the late 1980s. In a 2017 interview, Adriasola, considered by family members to be even more conservative than her husband, said it wasn’t easy to build a relationship with someone as “hermetic” and uncommunicative as Kast. She recalled that a priest played a key role in advising them as a couple.

Kast’s views on religious matters are actually more in line with the growing Evangelical community than with many Roman Catholics in Chile who’ve grown more liberal, according to Mauricio Morales, a political scientist at Chile’s Universidad de Talca. That’s why in this campaign he’s downplayed those issues and focused on law and order, he said.

And on liberty. As Kast put it at a recent campaign event, “Democracy and freedom are what distinguish us from the rival political project.”

Former law student was runner-up in a first-round vote on Sunday, behind ultraright rival Jose Antonio Kast
World
5 months ago