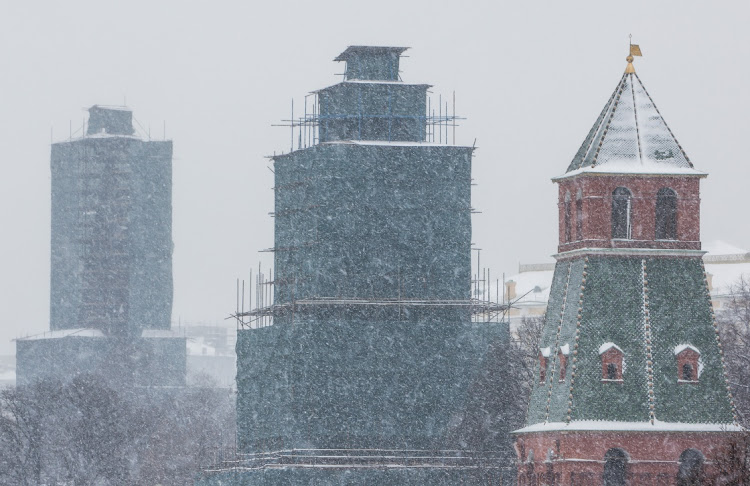 Towers of the Kremlin are pictured during heavy snowfall in Moscow, Russia. File photo: REUTERS/MAXIM SHEMETOV

Russia’s leading foreign trade associations denounced a new law requiring an elaborate set of regular medical examinations for sexually transmitted diseases and drug use for all foreigners who work in the country, including their family members as young as seven years old.

“It has been a long time since a single piece of legislation has caused such a huge wave of incomprehension, disappointment, and indignation among thousands of foreign managers,” said Matthias Schepp, chair of the German-Russian Chamber of Commerce. “There is a danger that Russia will lose its attractiveness as a place to work for many foreign managers.”

Under the law that takes effect on December 29, virtually all foreigners living in Russia will face quarterly X-rays and blood and urine tests for diseases including leprosy, tuberculosis, syphilis and HIV/Aids. Examinations by drug therapists, psychiatrists and infectious disease experts will be carried out in addition to new requirements to submit fingerprints and biometric photographs within 30 days of entry to Russia.

According to a letter addressed to the government on Monday that was seen by Bloomberg, Russia should ease the rules and drop testing for foreigners listed as highly qualified specialists as well as those who hold residency permits. The appeal was signed by 10 trade groups, including the US Chamber of Commerce and the Association of European Businesses.

The economy ministry’s press service did not respond to a request for comment.

The restrictions mark a reversal from years of attempts to make Russia more attractive to foreigners, including through the introduction of a streamlined visa programme for highly qualified specialists, amnesties for people whose immigration papers are not in order and by simplifying the process of obtaining citizenship.

Those efforts have had limited effect, with Russia ranking among the worst places globally for expatriates in a May survey for the InterNations group. Direct foreign investment in 2020 was the lowest since 2003.

The new regulations apply both to highly qualified specialists and Russia’s large population of migrant labourers, many from former Soviet republics in central Asia, who make up the bulk of the country’s 11.6-million foreigners, according to UN estimates.

Russia, facing a shrinking workforce even before the Covid-19 pandemic put 2021 on track to be the deadliest year since World War 2, cannot afford to turn away migrants. The lack of workers is threatening to be a drag on the economy as inflation is spiking and unemployment is at a record low.

The law was drafted for national security reasons and to improve health safety, according to an explanatory note attached to the legislation when it was passed over the summer.

“Russia would be an outlier globally in requiring all this testing,” said Nathan Hunt, chair of the Canada Eurasia Russia Business Association’s Moscow chapter. “That can’t help but have a negative impact on the trade and investment they need.”

Russia faces massive consequences and severe costs if President Vladimir Putin attacks Ukraine, the Group of Seven warned in a statement on Sunday.
World
5 months ago