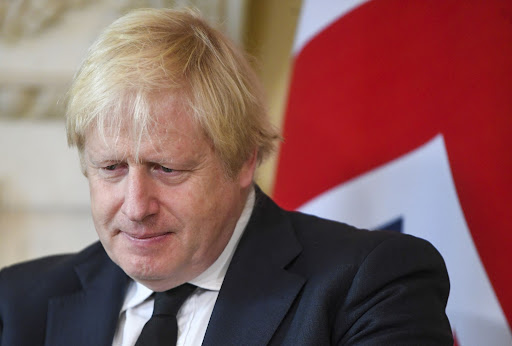 Boris Johnson’s enemies are closing in from all sides.

Behind in the polls and with his premiership mired in turmoil after a number of seemingly self-inflicted crises, the prime minister is set for another bruising week as he struggles to convince the country, and even his own party, that he is the right man to lead the UK.

A steady drip of damaging allegations around Covid-19 rule-breaking Christmas parties last year show no sign of letting up, while Johnson also faces a large-scale rebellion among his Conservative Party over his latest Covid-19 rules. And he risks losing a once-safe Tory seat in a by-election triggered by the resignation of a disgraced MP who was a close ally.

The controversies are a particularly unwelcome distraction for Johnson while his full attention should be on fighting a surge in Omicron infections. In a short, sombre address to the nation on Sunday night, he sought to change the narrative by talking of a “tidal wave” of cases that threatens to overwhelm the country’s beloved National Health Service.

And while Johnson has overcome scandals before, evidence is mounting that the latest turmoil is starting to damage his reputation as a likable winner — a major selling point within his party and one that helped him deliver a thumping majority in the 2019 election.

Two polls this weekend put the Labor Party well ahead of Johnson’s Conservatives, with one showing the opposition has taken its biggest lead since 2014. Meanwhile, the Liberal Democrats are thought to be gaining ground in the race for Thursday’s special election in North Shropshire. Lose that, and Johnson could face a leadership challenge.

In Sunday’s hastily arranged televised statement, Johnson set an end-of-year deadline for the country’s booster vaccination programme to confront the surge in Omicron cases — a target that would require an unprecedented acceleration in the pace of jabs to about 1-million a day.

Hours earlier, the UK had raised its Covid-19 alert level to four from three as the number of new infections almost doubled on Sunday from a day earlier. The increase was also almost double the total in 23 European countries combined.

“There is a tidal wave of Omicron coming, and I’m afraid it is now clear that two doses of vaccine are simply not enough to give the level of protection we all need,” Johnson said.

In response to the new variant, the UK has ramped up restrictions in recent days, though Johnson stopped short of imposing any new measures on Sunday.

Even so, the issues of Covid-19 curbs, especially so close to Christmas, puts the prime minister on shaky ground.

The Mirror reported on Saturday night that Johnson hosted a Christmas quiz from his Downing Street residence on December 15 last year, when London was under a “no mixing” order. That added to the public’s outrage against Johnson, after last week saw allegations that another Christmas party was held at Downing Street in 2020 and a video was leaked showing his staff making light of Covid-19 measures.

An internal investigation into Downing Street gatherings during lockdown will include whether Johnson personally broke the law, the Times reported.

On the BBC’s Andrew Marr Show on Sunday, Labour leader Keir Starmer said it was “very hard to see” how Johnson had complied with the rules.

Some of Johnson’s own colleagues are indeed becoming increasing vocal in their opposition to any further restrictions. Parliament is expected to vote this week on the latest restrictions and Johnson could face a rebellion by dozens of Tory lawmakers opposed to the more stringent measures.

That could go some way to explaining why, according to the Telegraph, Johnson is in talks to hire the experienced David Canzini as an adviser.

Among those planning to rebel is Steve Baker, a stalwart Brexiteer who was a thorn in the side of previous prime minister Theresa May.

“It feels to me that it is going to be at least 60 people voting against,” he said on Sky. “This is a moment where every last one of us should in good faith start thinking about what it means to live with coronavirus like we live with flu.”

Doyle is the latest senior aide named in the saga over a gathering on December 18 2020, after Johnson’s former spokesperson, Allegra Stratton, quit ...
News
6 months ago
Next Article