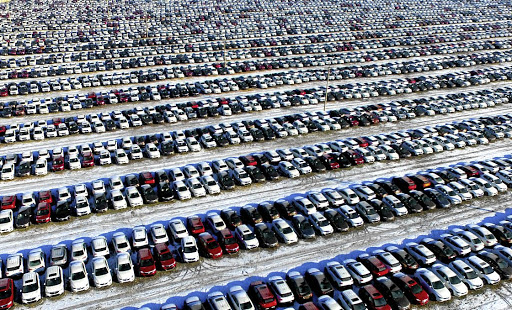 China’s efforts to build a thriving market for second-hand vehicles, pretty much from zero, are slowly starting to deliver results, including in the electric car segment.

Sales of pre-owned vehicles jumped 30% in the first 10 months of this year and are expected to reach 17-million units in 2021, according to the China Automobile Dealer Association (Cada).

Trading in second-hand electric or hybrid models rose to 47,000 units last year, the organisation’s data shows. While that’s still relatively small, it’s almost double the volume in 2017 and is expected to grow rapidly as China’s electric fleet begins to mature.

You could see — and actually feel — that rising level of interest in the pre-owned sector at Cada’s packed conference earlier this month in Haikou, a city with typically tropical temperatures on the southern Hainan Island. The event’s organisers were forced to continually boost the air conditioning as delegates crowded into sessions, including seminars focused on the valuation of used electrics.

Even with more than 270-million vehicles in circulation, China has long lagged behind developed markets in used-car trading. Annual sales of second-hand models are just over half the volume of vehicles fresh off the production line. That’s a huge difference from countries like the US and Germany, where purchases of pre-owned cars can typically be double those of new ones.

There have typically been two major reasons for the disparity. China’s car market is still developing, and a 2019 McKinsey study showed that only 173 in every 1,000 people owned a vehicle, compared with 837 in the US. There’s also previously been a cultural factor too, with the purchase of a new car seen as a visible indicator of social status.

Those barriers are fast falling away. Consumers increasingly see the sense in spending less on a good-quality, well-performing second-hand vehicle that’s typically only a few years old, while some buyers favour the environmental benefits of extending the use of an existing model.

Authorities are spurring the market’s development. Beijing has cut taxes on used-car dealers and this year removed obstacles around selling a vehicle outside the city in which it is registered.

At its Haikou conference, Cada launched tools to help dealers accurately value second-hand electric models. More than two-thirds of those being traded have been used for less than three years and the most popular price bracket is between 100,000 yuan ($15,700) and 150,000 yuan, according to the organisation’s data.

Li Auto’s line-up of extended range electric vehicles retained the most value after a year and can recoup almost 80% of the original price, Pan Lei, an official with Beijing Jingzhengu, a company specialising in appraisals for the used-car industry, told the conference. Nio models ranked second, retaining about 77% of value, with Tesla cars third at about 74%.

Tesla’s Model 3 and Xpeng’s P7 are the most popular used-car choices among mid-sized vehicles, while the budget SAIC-GM-Wuling Automobile’s Hongguang Mini is also holding value. The four-seater minicar, which usually sells for the equivalent of $5,000, is fetching almost 83% of its original price after 12 months, Jingzhengu data shows.

Those high valuations are enough to persuade Tony Xie, a Haikou resident who’s thinking about swapping his petrol-powered black Toyota Camry for a zero-emissions vehicle, that used electric models are well worth considering. “The used car price shows how good and sound a car is,” Xie said.