The UN estimates SA hosts about 2.9-million workers from other Sadc countries, with the bulk coming from Mozambique, Zimbabwe and Lesotho 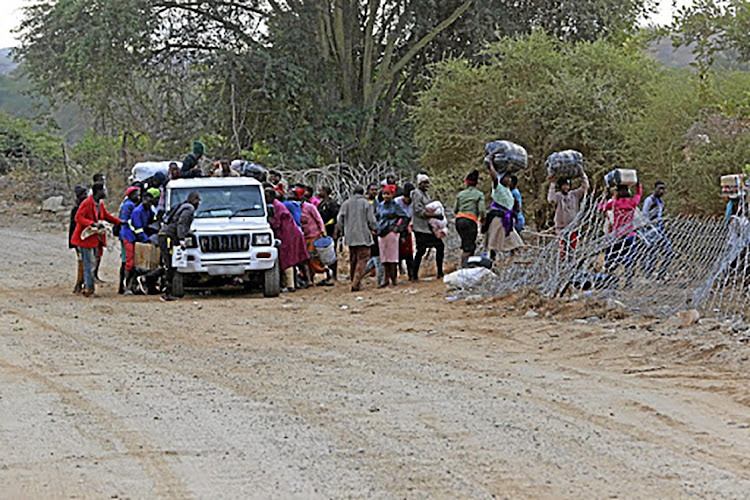 SA’s neighbours are bracing for a flood of returning workers over the December holidays, threatening to accelerate the spread of the Omicron variant that’s already ignited a fourth wave of Covid-19 infections in the region.

While many countries banned travellers from Southern Africa after the new strain was first identified there just over two weeks ago, its governments have denounced the restrictions and have largely kept borders open. Lines of vehicles can stretch for several kilometres as workers at SA mines and construction sites journey home, adding to the already heavy stream of travelers.

Zimbabwe reported a record number of new coronavirus cases this week, with more than one in three people being tested showing positive results. And that’s before the end-of-year rush, which usually starts in the second half of December.

“Of course yes,” John Nkengasong, director at the Africa Centres for Disease Control and Prevention, told reporters on Thursday when asked if he was worried about the risk from the migration. “We will definitely see an increased number of cases around the January-February timeline across the continent.”

The UN estimates SA hosts about 2.9-million workers from other countries in the region, with the bulk coming from Mozambique, Zimbabwe and Lesotho.

Already infections are spiking. The weekly incidence of cases climbed 1,361% in Zimbabwe in the week to the end of December 5, according to the World Health Organization. Mozambique has seen a 1,207% jump and Lesotho a 219% rise in weekly cases. While there hasn’t been much sequencing, the swell is expected to be because of omicron, the WHO said in a December 7 report.

As many as 35,000 people usually travel daily through the SA-Zimbabwe Beitbridge border post during the holiday season. Lines of vehicles waiting to cross can extend for nearly 10km.

More than 50,000 people entered into Mozambique at its Ressano Garcia border with SA in the 10 days before December 25 2020, its busiest period. Lines of returning mineworkers and vacationers there can stretch for nearly 20km, and truck drivers spend three days waiting to cross.

Covid-19 cases in both Mozambique and Zimbabwe surged in the weeks following last December’s holidays. By mid-January, private hospitals in Mozambique had no available beds.

Still, indications that the new strain may bring milder illness could reduce the pressure, although it’s too soon to tell.

The Mozambican government is also concerned about community transmission as citizens move between cities and rural areas during the festive period, Eduardo Samo Gudo, deputy director of the National Institute of Health, said by phone.

“If people relax prevention measures, the health system won’t hold up,” he said. “We are doing everything we can to delay the fourth wave, but unfortunately Omicron may diminish our efforts.”

Low vaccination rates add to the spread. Zimbabwe has fully inoculated about 20% of its people; in Mozambique, the figure is less than 15%.

Both countries are enforcing mandatory testing for all arrivals at their borders, which will add to the delays and crowding. Zimbabwe requires a 10-day quarantine.

Some Zimbabweans, even those who’ve tested positive, have fled the quarantine prematurely, while others have used illegal crossings to enter the country, the state-owned Herald newspaper reported Friday, citing the border post’s medical officer.

Any unvaccinated travellers entering Lesotho will get mandatory shots at the border, according to health minister Semano Sekatle.