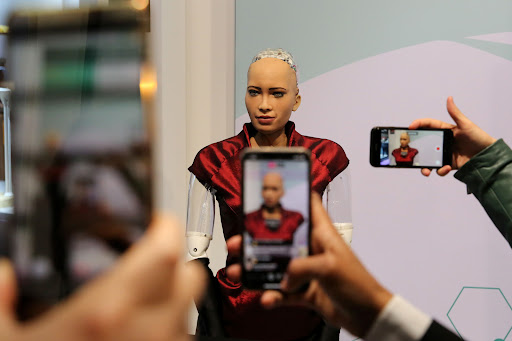 The humanoid robot that addressed the UN, obtained Saudi citizenship and sang with Jimmy Fallon is now expanding into the metaverse.

A virtual anime version of the robot, “Sophia”, will be released in 100 non-fungible tokens (NFTs) that can interact autonomously with people in a gamified environment. It is the latest iteration of a bot whose creators believe artificial intelligence (AI) can be used as a force for benevolence even as critics warn that the technology has the power to destroy humanity.

“I believe the virtual format can allow us to scale to millions of concurrent interactions across devices and media platforms, which would create large-scale impact,” Jeanne Lim, the former CEO of Hanson Robotics, the Hong Kong-based company behind Sophia the robot, said in an email.

Lim, who is now the co-founder and CEO of beingAI, the start-up that created Sophia’s official virtual version for the interactive NFT, said she hopes the new AI being will bring together humanity and technology “to help humans attain our true nature of unconditional love and pure possibilities”.

While the global race for AI has spurred fears by Elon Musk that the technology could become more dangerous than nuclear weapons, Hanson Robotics founder David Hanson remains optimistic about the benevolent potential for AI, adding that Sophia was created as part of the quest to bring robots to life as “super empathic, intelligent, living machines”.

Sophia beingAI is a collaboration with Alethea AI, which is building a decentralised protocol to create an intelligent metaverse inhabited by interactive NFTs, according to a statement. The NFTs will be auctioned off on the Binance NFT Marketplace starting on December 16.

When the company launches its Novi digital wallet, it hopes to make nonfungible tokens part of the package
Life
4 months ago

Through his project ‘Currency’, the artist has conceived a batch of works that could theoretically function as a currency unto itself
Life
6 months ago
Next Article

How to … develop resilience in the gig economy

My brilliant career: If the door isn't open, go through the window - Boomtown's ...

How to … develop resilience in the gig economy

My brilliant career: If the door isn't open, go through the window - Boomtown's ...