The deal comes as Nestlé CEO Mark Schneider focuses on faster-growing areas such as coffee, petcare and consumer health 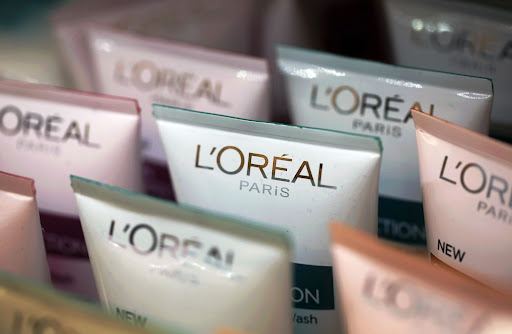 Nestlé SA is selling part of its stake in L’Oreal SA back to the cosmetics maker for €8.9bn, scaling back a more than four-decade link between two of Europe’s biggest consumer-goods companies.

The two companies have been locked in a partnership since 1974, a protective move at the time to shield L’Oreal from possible French nationalisation. The sale of part of its stake follows years of speculation that Nestlé would cut its investment as CEO Mark Schneider overhauls the world’s largest food company.

The move is good for both companies, because it reduces Nestlé’s exposure to L’Oreal that had become “troublingly high” at about 16% of its market capitalisation, according to Martin Deboo, an analyst at Jefferies. And L’Oreal keeps ownership in the family, he added.

“It puts another tick on the score sheet of Mark Schneider’s seemingly inexorable transformation programme at Nestle,” Deboo wrote in a note after the announcement was made late Tuesday. “The question on our minds tonight is whether this is merely a one-off, or the start of a phased exit from L’Oreal by Nestlé, unfolding over the coming years.”

For L’Oreal, it’s the company’s largest-ever transaction. It plans to cancel the repurchased shares.

Schneider has made bold moves since taking the helm in 2017, selling lagging businesses such as the US confectionery unit and mass-market bottled-water brands, as well as Nestlé’s skincare business. Instead, he’s focused on faster-growing areas like coffee, petcare and consumer health. His $7.15 billion deal for the rights to sell Starbucks coffee products in supermarkets, restaurants and catering operations has boosted coffee sales while Nestlé has also pushed further into vitamins and supplements.

Nestlé is scaling back its link to L’Oreal by selling part of its stake back to the cosmetics maker for $10bn.

Nestlé remains “fully supportive” of L’Oreal’s value creation strategy, according to a statement, and will retain its two positions on its board.

Nestlé will start a $20bn share buyback programme in January, and would adjust it in case of any big M&A moves. Schneider in October underlined the company’s preference for mid-sized acquisitions because they’re easier to integrate, though he said Nestle is open to deals of any size.

L’Oreal’s other main investor is the Bettencourt Meyers family, which is among the wealthiest in France. The family’s stake will be raised to 34.7% from 33.3% as a result of the transaction, according to a statement from L’Oreal.

In October, Nestle raised its full-year sales forecast, predicting the fastest sales growth in a decade as the Swiss company benefits from a revival in travel and dining out. Sales should rise by 6% to 7% on an adjusted basis, the company said, finally achieving the pace of growth that Schneider set for himself when he took over.

“Nestle is using all levers to create value for shareholders,” Vontobel analyst Jean-Philippe Bertschy wrote in a note. “The proposed transaction is clever, allowing Nestle to keep all opportunities with regard to M&A and returns of cash to shareholders.”

STEPHEN CRANSTON: Pedestrian stocks still have a place in a diversified global ...

STEPHEN CRANSTON: Pedestrian stocks still have a place in a diversified global ...