Private companies will be free to choose their own working week 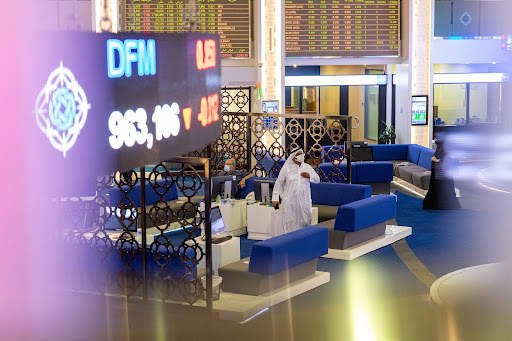 The United Arab Emirates (UAE) will move its weekend to Saturday and Sunday for state employees, breaking ranks with the rest of the Gulf as it accelerates a push to draw in international investment and business.

The UAE — which has been the Middle East’s commercial capital for more than a decade and has been facing growing regional competition from Saudi Arabia — is seeking to reposition itself as a global hub for business.

Like other Gulf nations, including Saudi Arabia, it currently has a Sunday-to-Thursday working week. The changes, which the government said will allow the UAE to align more closely with global markets, will come into effect on January 1 and apply to the public sector and schools. There will be a four-and-a-half day working week with Friday — a holy day in Islam  — being a half day, the federal government said in a statement.

The government didn’t say whether the private sector would have to adopt the new week, with the door being left open for private companies to decide how to allocate resources. This could set companies up for a potentially tricky juggle between regional and global markets at a time when working practices worldwide have been transformed by the pandemic.

The United Arab Emirates will switch its weekend to Saturday and Sunday for government entities as it looks to bring itself more in line with the rest of the world.

“The private sector will have flexibility to decide the weekend,” Abdulrahman Al Awar, director-general of the Federal Authority for Government Human Resources, told Asharq TV. Companies can retain their flexibility as long as they abide by the labour law, he said. The country’s labour law allocates a maximum of 48 hours per working week and a minimum of one day off per week.

All private schools in Dubai will move to the new weekend, the KHDA schools authority in Dubai said in a tweet on Tuesday adding it is “working closely with our community to ensure a smooth transition.”

Regional competition from neighbouring Saudi Arabia is rising as the oil-producing heavyweight engages in an unprecedented drive to attract overseas investment and diversify its economy. Throughout the pandemic, the UAE has sped up changes aimed at attracting foreign talent as well as strengthening trade ties beyond the Middle East, especially in Asia and Africa.

The changes “will increase the number of days we do business with the rest of the world, which will boost trade”, said Nabil Alyousuf, CEO of Dubai-based International Advisory Group.

Other countries across the region may follow suit before long. In 2006, the UAE became the first in the Gulf to move its weekend from Thursday and Friday to Friday and Saturday. It was followed by Saudi Arabia in 2013 and then much of the Gulf. On Tuesday, however, Kuwait signalled it did not plan to make such a change. In Israel, more closely linked to the UAE since normalisation of relations in 2020, discussions on shifting the working week have faltered.

Traders and investors in the Gulf’s equity markets may struggle to find a balance between the UAE’s new working week and that of other countries in the region. Stocks in Saudi Arabia, home to the largest bourse in the Middle East, trade Sunday through Thursday.

The change could still make life easier for companies involved in the energy sector, however. Many crude and fuel traders based in the region already work a Monday-to-Friday week in line with global oil markets. The emirates of Dubai and Abu Dhabi both trade their crude oil on exchanges following Monday-to-Friday hours.

The announcement comes months after the UAE said it was allocating more than $6bn to help push 75,000 citizens into private sector employment. Like other Gulf countries, the UAE has a large proportion of citizens working in state jobs that offer better pay and shorter hours.

As for setting a shorter work week in the country, the UAE made a “tactical mistake” by starting with the public sector, Pedro Gomes, an economist at Birkbeck, University of London, and author of the book Friday is the New Saturday, wrote on Twitter.

“Starting by the public sector is a tactical mistake. It will exacerbate the narrative of hardworking private sector vs lazy bureaucrats. This is why the Utah 2011 4-day week failed. It should be implemented to the whole economy, giving 4/6 years for the adjustment,” he said.

In economic policy as in cricket measured risks need to be taken, the World Cup in the United Arab Emirates teaches us, writes Brian Kantor
Opinion
8 months ago