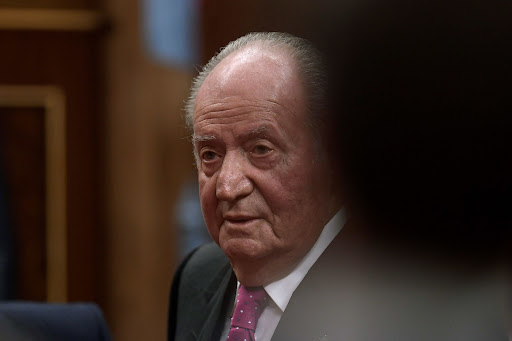 Spain’s former king is fighting for immunity in a UK court over allegations he harassed and spied on his former lover.

Juan Carlos de Borbon Y Borbon, who abdicated from the throne during a scandal in 2014, has sovereign immunity from the claims and is still very much “part of the constitutional fabric” in Spain, his lawyers argued in a London court on Monday. Juan Carlos should still be able to assert immunity even though he stepped down, they said.

The former monarch “is the personal embodiment not only of Spain’s constitutional return to democracy but also of its unbroken connection to the past,” Daniel Bethlehem, his lawyer, said in court.

Corinna zu Sayn-Wittgenstein, a Danish national who lives in the UK, began a romantic relationship with the Spanish king in 2004 but ended it in 2009 when, she says, she discovered he’d been unfaithful.

From about 2012 to the current day, she alleges, Juan Carlos has used the considerable powers at his disposal including Spanish intelligence agents to spy, intimidate and threaten her and her family. She filed the UK lawsuit in 2020.

Juan Carlos “rejects the allegations made against him and any alleged wrongdoing by the Spanish state is denied in the strongest of terms”, his lawyers said.

Because of that harassment and surveillance, Zu Sayn-Wittgenstein “has suffered great alarm and distress”, her lawyers said in their December 2020 statement of claim. “She has lived and continues to live in fear for her physical safety and that of her children.”

Zu Sayn-Wittgenstein said she had a meeting at London’s Connaught Hotel with one of the most senior officials from Spain’s intelligence agency at the same time as her apartments in Monaco and Switzerland were being broken into.

The former king relinquished his status when he abdicated, Zu Sayn-Wittgenstein’s lawyers said in the filing. Furthermore, the harassment followed the breakup of their relationship, meaning that the king couldn’t assert immunity over a private activity.

Bethlehem said that if Juan Carlos were declared immune from the claim, Zu Sayn Wittgenstein couldn’t pursue her claims. The former king is not “above the law,” he said, but rather solely subject to the jurisdiction of the highest Spanish court.

The royal scandal erupted in 2012 over an elephant-hunting trip the king took to Botswana, while he was honorary president of the Spanish branch of the World Wildlife Fund.

Shortly thereafter, the first calls from leftists politicians in Spain came for the king to abdicate.

‘Juancarlismo’ loses its sheen as legacy of Spanish king unravels

The anachronism of hereditary privilege in the 2020s will rankle in Spain and other monarchies in Europe, especially given the unequal burden of ...
Opinion
1 year ago

Where in the world is former Spanish king Juan Carlos?

Accused of accepting bribes, he helped move Spain from dictatorship to democracy and his lawyer says the former monarch is at the ‘disposal of ...
World
1 year ago
Next Article