But before any crewed mission to the moon, Nasa wants to set a record for human space flight by sending astronauts about 64,000km beyond it 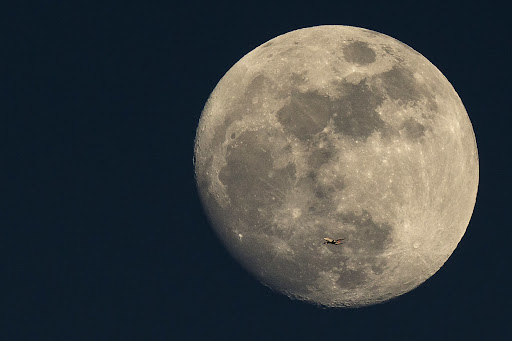 The space rivalry between the US and China is suddenly heating up after a top Chinese scientist said his nation may be able to send astronauts to the moon for the first time by 2030.

Coming just weeks after President Joe Biden’s top space official set out a similar timetable for new US lunar exploration, the comments set up the possibility of dueling missions between the two of the world’s best-financed space powers.

While China has made no secret of its desire to launch crewed lunar missions, the optimistic outlook from Chinese Academy of Sciences member Ye Peijian raises the possibility of an accelerated timetable to match the Americans.

“As long as the technological research for manned moon landing continues, and as long as the country is determined, it is entirely possible for China to land people on the moon before 2030,” Ye told state broadcaster CCTV, according to a report on Sunday from the official Xinhua News Agency.

Ye was the chief designer of China’s first lunar probe, the Chang’e-1, a robotic spacecraft that orbited the moon in 2007 and hit the surface in 2009.

Ye’s interview follows an announcement by Nasa chief Bill Nelson on the administration’s plan to work with Elon Musk’s SpaceX to return to the moon with a crewed mission, possibly in the second half of the decade.

The Trump administration made lunar exploration a priority, setting an aggressive 2024 deadline for Nasa’s Artemis programme to send US astronauts to the moon for the first time since the Apollo 17 mission in 1972.

The Biden administration continues to support Artemis, Nelson said on November 9, but will extend deadlines by a year for several of its milestones because of complications from the pandemic, storm damage to a Nasa site in Louisiana and litigation brought by Jeff Bezos’s Blue Origin over a contract awarded to SpaceX for a lunar lander.

For Nasa’s human landing on the moon, “2024 was not a goal that was really technically feasible,” Nelson said, faulting the prior administration for setting a schedule not supported by budgets or the pace of engineering work.

SpaceX will launch the first test flight of its Starship rocket, which Nasa will use to send astronauts to the moon, early in 2022.

Before any crewed mission to the lunar surface, Nasa wants to set a record for human space flight by sending astronauts about 64,000km beyond the moon. That mission, the Artemis II, would send people “farther into space than any humans have ever travelled before,” according to the US space agency.

China’s most recent mission to the moon was the Chang’e 5, which returned to Earth in 2020 with lunar samples.

A lunar rover that landed on the far side of the moon in 2019 is still exploring the surface.

SpaceX not up in the air about in-flight internet