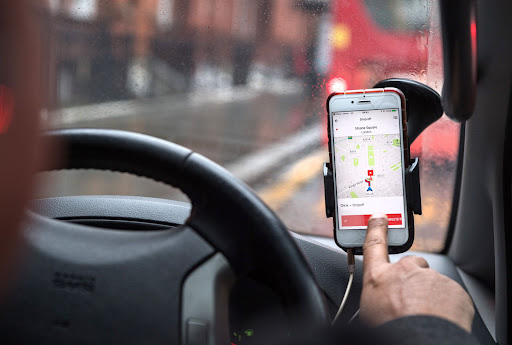 Uber Technologies lost a bid to challenge part of a landmark decision on the working rights of its drivers, meaning the ride-hailing app and its London rivals will have to overhaul their business models. Picture: BLOOMBERG

Uber Technologies lost a bid to challenge part of a landmark decision on the working rights of its drivers, meaning the ride-hailing app and its London rivals will have to overhaul their business models.

UK judges ruled that the tech firm should enter into a direct contract with passengers when providing car journeys and therefore assume more responsibility for each trip booked on their app.

Uber and others “will need to amend the basis on which they provide their services”, after the court concluded that “in order to operate lawfully, an operator must undertake a contractual obligation to passengers”, the judges said on Monday. They also said London’s transport regulator will need to reconsider its guidance to reflect the ruling.

The ruling shows that the battle over worker rights in the UK gig economy did not end after the nation’s top court ruled earlier in 2021 that Uber must treat its drivers as “workers”, giving them access to vacation pay, rest breaks and minimum wages while they are using the app.

The labour group that led the Supreme Court case, which forced Uber to reclassify its drivers as workers, said Monday’s decision will help prevent Uber and others from dumping risk on its drivers. The ruling will also give better protection to riders.

“If the obligation must be undertaken by the operator, the operator will have a powerful incentive to ensure that the drivers it uses are reliable and, if something does go wrong, a remedy against the operator is likely to be worthwhile,” the judge said in the ruling.

Uber said it will comply with the ruling, but that the judgment applies to every private hire operator in London. While the ruling directly affects London, it has implications for other UK cities and the guidance each city transport regulator gives to private-hire vehicle operators.

“Every private hire operator in London will be impacted by this decision, and should comply with the Supreme Court verdict in full,” said an Uber spokesperson. All operators in London will also be required to account for VAT , he said.

While Uber has now reclassified all its UK drivers as workers and has since formally recognised the GMB labour union, giving drivers increased powers to collectively bargain, others in the industry have been slow to react to the ruling.

The decision “will fundamentally restructure the private hire industry in London”, the App Drivers and Couriers Union (ADCU) said in a statement.

“This was a failed collateral attack on the Supreme Court ruling by Uber who sought to break any link between its obligation to obey employment law and its licence to operate in London,” ADCU’s James Farrar, who was one of the claimants in the Supreme Court case, said.