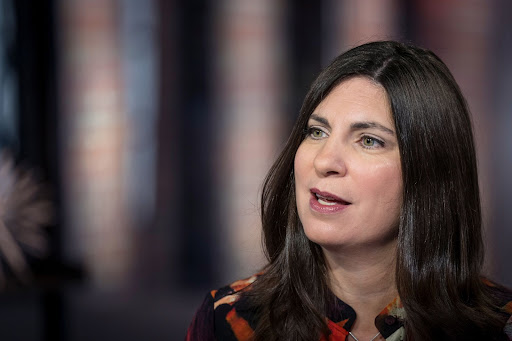 Martin, 45, will become the third woman to lead the NYSE after Cunningham steps aside and joins the board of directors, the company said in a letter sent to employees. The ICE also named Sharon Bowen as the first female chair of NYSE, replacing Jeff Sprecher, ICE’s current chair  and CEO.

Martin will officially step into her new role as president on January 3, according to a posting on the company’s website.

Cunningham, 47, is a senior female banker and was the 67th president of the NYSE, where she was once an intern. She held roles in management including COO, and took over as president in 2018.

“Stacey led the NYSE through an extraordinary era that saw its technology prove resilient and its trading systems thrive in even the most turbulent times,” Sprecher said in the letter. “She begins a new chapter with the exchange better and stronger for her tireless efforts, and with our deepest thanks.”

Shares of ICE, the parent of NYSE, are headed towards their seventh-straight annual gain, and have posted a 14% increase since January.

Martin leads ICE’s fixed-income and data services. She will continue to serve as chair of that business while Amanda Hindlian, a Goldman Sachs veteran and the global head of capital markets at NYSE, takes over as its new president.

“I don’t accept the phrase, ‘We’ve always done it that way’,” Martin said in the web posting. “Because with that mindset you don’t grow and innovate.”

Other changes to leadership include Hope Jarkowski, formerly the co-head of government relations at ICE and now head of equities at NYSE, who will become its general counsel, replacing Elizabeth King.

A2X to seek primary listings licence in next two years

SA needs to do more to make an investment case for the country, she says
Companies
11 months ago
Next Article

Behind the great JSE exodus

Behind the great JSE exodus