The finding provides evidence of Omicron’s ability to evade immunity from prior infection, according to the study’s authors 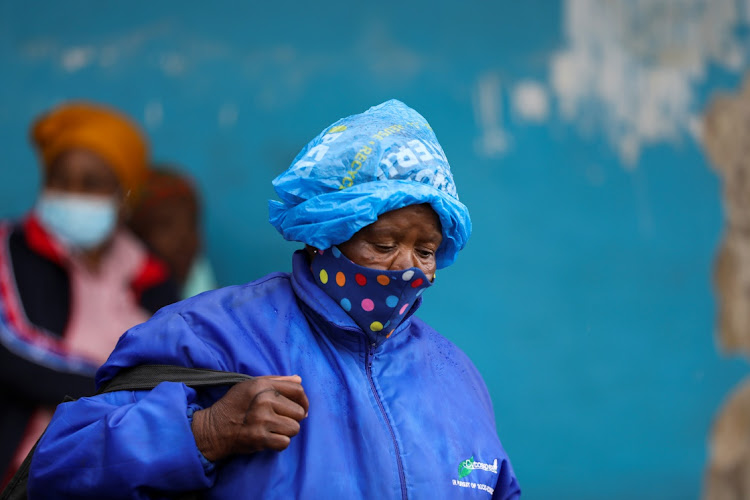 A woman wearing a face mask against the coronavirus looks on as the new Omicron variant spreads in Tsomo, a town in the Eastern Cape, in this December 2 2021 file photo. Picture: REUTERS/SIPHIWE SIBEKO

The risk of reinfection from the Omicron coronavirus variant is three times higher than for any previous strain, according to a South African study of infections since the start of the pandemic.

The finding provides evidence of Omicron’s “ability to evade immunity from prior infection,” according to the authors, Juliet Pulliam of the South African Centre for Epidemiological Modelling and Analysis and Harry Moultrie of the National Centre for Communicable Diseases (NICD).

The study was based on data collected through SA’s health system on about 2.8-million confirmed coronavirus infections between March 2020 and November 27, including 35,670 suspected reinfections, the authors wrote in an emailed statement. They detected a significant increase in reinfections since the first known cases of Omicron.

“The reinfection risk profile of Omicron is substantially higher than that associated with the Beta and Delta variants during the second and third waves, with observed numbers of reinfections falling well beyond the prediction intervals,” they wrote. “Our most urgent priority now is to quantify the extent of Omicron’s immune escape for both natural and vaccine-derived immunity, as well as its transmissibility relative to other variants and impact on disease severity.”

That strain has rapidly taken hold in Africa’s most-industrialised nation. New cases exceeded 11,000 on Thursday, compared with 585 two weeks ago, according to government data. In Gauteng, the nation’s richest province and its Covid-19 epicentre, each infected person on average is able to pass on the virus to another 2.33, according to the NICD.

The Beta or Delta variants spread “primarily from increased transmissibility, rather than immune escape,” according to the research paper, which hasn’t been peer reviewed.

SA announced the discovery of a new variant, later named Omicron, on November 25 as cases began to spike and the strain spread across the globe. National daily cases almost doubled on Wednesday, days after countries across the world halted flights to and from Southern Africa.

“This virus may be similar to Delta in its ability to spread or in being contagious,” Anne von Gottberg, a clinical microbiologist at the NICD , said at a briefing on Thursday. “However, it’s the susceptibility of the population that is greater now because previous infection used to protect against Delta and now, with Omicron, it doesn’t seem to be the case.”

More stories like this are available on Bloomberg.com
Bloomberg

With the emergence of the Omicron variant, a global fourth wave of Covid seems likely
News & Fox
1 month ago

The variant has been found in 23 countries, the WHO says, but several more could come to light as data is analysed
National
1 month ago
Next Article