French presidential candidate has made the airing of extreme views, once relegated to the fringes, commonplace 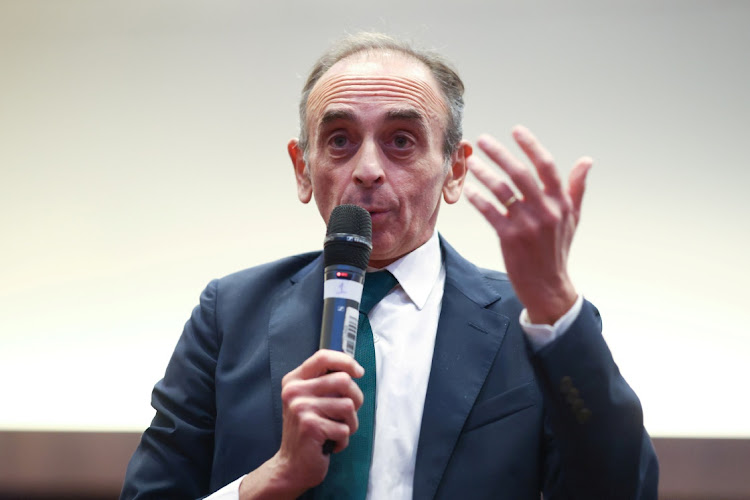 The way Eric Zemmour tells it, Muslim immigrants are ruining France, which needs to defend its “Frenchness.” A “Great Replacement” is under way, with the White French population being demographically and culturally eclipsed by Arabs and sub-Saharan Muslims.

Such pronouncements have made the commentator-turned-presidential candidate an attention-grabber in France. They have bolstered the viewership of billionaire Vincent Bollore’s CNews — until recently Zemmour’s main platform — catapulting it closer to being the country’s most-watched TV news channel. Even its main rival BFMTV, part of the Altice group owned by billionaire Patrick Drahi, has not been able to avoid the lure of Zemmour. A September prime-time debate between Zemmour and far-left leader Jean-Luc Melenchon drew BFM’s second-highest audience ever.

“Eric Zemmour is at the centre of political events, this is today’s reality,” Marc-Olivier Fogiel, the head of BFMTV, said in an interview, noting that airing such events is important to challenge Zemmour’s views.

Whatever their reasons for giving him air time, Zemmour has been a boon for French networks in terms of viewership — not unlike what former president Donald Trump was for channels from Fox News and CNN to MSNBC. Although Zemmour, who formally declared his candidacy on Tuesday, is slipping in the polls, his prime-time news-hour interview that day on the country’s most-watched all-purpose TV channel TF1 drew an audience of 7.2-million compared with an average for November of 5.9-million.

Placed at one point just behind President Emmanuel Macron for the first round of the April 2022 general elections, Zemmour now comes in third or even fourth in some polls, overtaken by far-right leader Marine Le Pen. Still, he cannot be written off quite yet.

With his credentials as a political columnist and bestselling author, Zemmour has made the airing of extreme views, once relegated to the fringes, commonplace. By giving him a platform, Bollore’s CNews has helped shape the political conversation in France, nudging the right-of-centre party Les Republicains and even Macron toward more hard-line views.

Before he began being seen as a candidate, Zemmour, 63, was known as a TV commentator and long-time columnist for the conservative newspaper Le Figaro. Starting in 2003, he was on a weekly panel on i-Tele, as CNews was then called. He was ousted from there in 2014, after comments he made on Muslims in the Italian newspaper Corriere della Sera.

Bollore, who bought the network in 2015, personally recruited Zemmour in 2019, according to Challenges. The two men speak every day over the phone and share the view that France is in danger of losing its Catholic identity, Le Monde reported. Zemmour is Jewish.

A spokesperson for Bollore at his group Vivendi declined to comment on the content at his media companies and his ties with Zemmour. During a recent trip to London, Zemmour declined to say if Bollore is contributing to his campaign.

When Zemmour joined CNews’s daily prime-time show in October 2019, the programme had about 200,000 viewers on average. As of November, it was more than three times that at about 706,000. Though Zemmour stepped down in September after the media regulator said as a potential candidate his airtime needed to be monitored, the programme maintains the tone he set and frequently cites his views.

Trump similarly attracted a record number of viewers to Fox News during his campaign and presidency. In February 2017, just after he took office, Fox News’s audience jumped 31% from a year earlier, with about 3-million viewers watching its prime-time programmes. CNN and MSNBC also thrived under Trump.

For Bollore, the struggling channel he bought with its “News That Feels Good” mantra is now edgy, with sharp-tongued debates luring viewers. The channel’s growing notoriety has drawn the attention of regulators.

In September 2020, when two people were stabbed outside the former Paris offices of satirical magazine Charlie Hebdo, Zemmour blamed unaccompanied immigrant minors, with no evidence. “They have nothing to do here, they are thieves, they are murderers, they are rapists, that’s all they are,” he said.

Zemmour’s comments were aired unedited, prompting a fine for the network of €200,000 for inciting hatred and violence. The channel has appealed. Zemmour has been sued for inciting racism, and also plays down the role of collaborationist wartime leader Philippe Petain in the Holocaust.

Bollore himself has never expressed political opinions in public. Most of his media holdings, however, reflect similar themes — law and order, social and moral conservatism and checks on immigration.

The 69-year-old industrialist, ranked 366th on the Bloomberg Billionaires Index with a net worth of $7.4bn, has an empire spanning media, pay-TV, music, advertising, telecoms and ports. In addition to CNews, his stable of media assets includes two influential weeklies, Paris Match and Le Journal du Dimanche, and national radio station Europe 1.

The head of channels and programming at Canal+, which includes CNews, Gerald-Brice Viret, defends the network’s content, saying in an interview that it is successful because it takes on sensitive subjects head on.

“People speak like that in families; at some point, opinions must be expressed,” he said. “We want to have clear opinions on things, right and left. The French need the truth and they are smart enough to draw their own conclusions.”