Compensation should include more deferred pay to ‘make sure the consequences of decisions today’ are fully evaluated, chairperson says 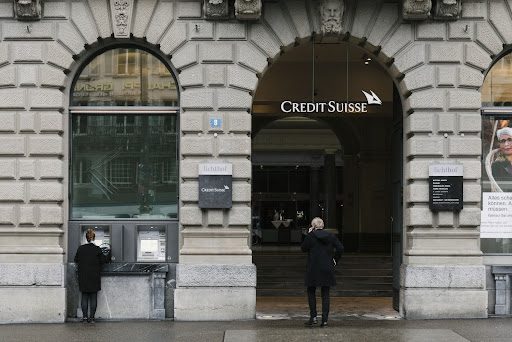 Credit Suisse is reviewing banker pay to better align compensation with shareholder interests, after a tumultuous year in which the firm was buffeted by the Archegos Capital Management and Greensill Capital crises.

The Swiss lender should give senior-ranking employees more of their remuneration in shares, with long deferral periods and the ability to take back compensation that’s already been paid out, chairperson Antonio Horta-Osorio said at a virtual Financial Times conference late on Thursday. The Zurich-based bank plans to submit the proposed changes at its shareholder meeting in April.

Compensation should include more deferred pay to “make sure the consequences of decisions today” are fully evaluated, he said. Organisations also need the ability “to claw back that remuneration, not as a matter necessarily of guilt but as a matter of accountability.”

Credit Suisse is seeking to move past a turbulent period that saw it lose $5.5bn in the blow-up of family office Archegos and have to unwind client funds that it managed with Greensill Capital. It presented a revamped strategy last month that included exiting the prime brokerage business and combining its disparate wealth units into a single global business.

The new pay structure would take into consideration the cost of capital, and measure staff across the bank on risk-management metrics, according to Horta-Osorio, who succeeded Urs Rohner as chairperson in April.

In the aftermath of the Archegos scandal, the bank ousted nine executives and recouped about $70m in pay, including bonus clawbacks, as it punished 23 people in all for not doing their jobs.

At the same time, it began offering selective retention payments to some senior investment bankers in efforts to stem an exodus of talent from its investment bank. More than 50 rainmakers have defected to competitors over the last nine months, complicating the Swiss bank’s ability to compete in a hot talent war across Wall Street.

Credit Suisse also offered midyear salary increases to some of its top private bankers, in some cases by as much as 20% for high-ranking employees, people familiar with the increases said earlier to Bloomberg.

US banks and European rivals have been raising pay for junior employees and adding perks, such as more flexible work options, to attract skilled employees amid discontent of being overworked and risks of burnout.

The bank also plans to share additional performance indicators with investors, including net new money in investment management, at its full-year results in February, Horta-Osorio said.