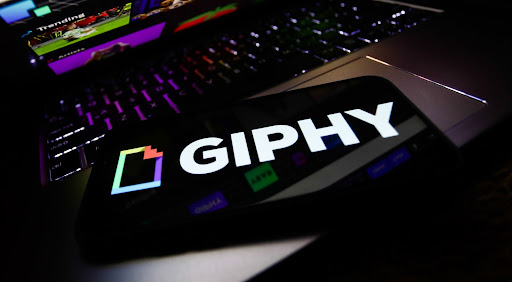 Few would have predicted that short video loops of Kanye West or cats furiously typing on laptops would be the final straw for competition regulators.

Yet on Tuesday the UK ordered Meta’s Facebook to sell Giphy, the animated file search engine it bought for $315m in 2020, partly because the deal would attract even more users to Meta’s portfolio of products. Giphy gives users access to millions of GIFs.

The decision from the Competition and Markets Authority (CMA) is the first time a major global regulator has weighed in against a Silicon Valley giant and ordered it to unwind a deal after completion.

Regulators have rued lost opportunities to limit the scale of Big Tech firms. Europe is setting in place rules to restrict “killer acquisitions”, in which businesses buy a rival before it can become a threat. Meta’s other deals — like its purchase of Instagram — are possibly more problematic than Giphy.

“I think it’s a sign of collective regret by the antitrust enforcement agencies around the world that that deal and other ones like it got through, so now what we’re seeing is a reversion to a ...  perhaps more extreme line of enforcement,” said Richard Pepper, a lawyer at Macfarlanes in Brussels.

Giphy, founded in 2013, built up a library of video clips and animated images that can be attached to messages. Facebook said a takeover would make it “easier for people to find the perfect GIFs and stickers”.

A Giphy spokesperson declined to comment. Facebook said it is considering its options over whether to appeal.

The CMA was concerned that Giphy would allow Meta to tighten its hold on users, citing in its report that Facebook, WhatsApp and Instagram already account for “73% of user time spent on social media in the UK”. The regulator had previously come under fire for waving those deals through.

While half of Giphy’s business involved Facebook and its apps, the company also provided the same search service to competitors such as Apple’s iMessage, Twitter, Signal and TikTok. Giphy also offered branded GIFs to big advertisers, a service Facebook quickly stopped after completing the deal.

The London-based CMA has been thrust into the spotlight since emerging from the shadow of EU antitrust chief Margrethe Vestager after Brexit. With regulators in the EU and US, the agency has stepped up scrutiny of Google, Apple and Facebook. It is also probing Nvidia’s much-contested takeover of Arm, on competition and antitrust concerns.

“A stricter mergers & acquisition policy will incentivise Big Tech to resort to organic growth strategies,” said Nicolas Petit, a competition professor at European University Institute. “If agencies are serious that they want to block mergers with non-competitors, we’re going to see less incentives for small firms to develop products that work well with Big Tech platforms.”

A review by the Federal Trade Commission in September concluded that hundreds of deals by US technology giants flew under the radar of merger watchdogs because of “loopholes”. The agency headed by Lina Khan hit Meta with a new antitrust case that seeks to revisit its purchases of WhatsApp and Instagram.

The UK is now leading the regulatory fightback. Britain’s top antitrust enforcer, Andrea Coscelli, who leads the CMA, has made it clear the largest tech companies will face scrutiny for any transaction, no matter how small. “We’re obviously very worried about Facebook’s position,” Coscelli has said. “The idea that they are buying a competitor clearly seems to go in the wrong directions.”

The European Commission tested its ability to review smaller deals for the first time this year by objecting to biotech company Illumina’s attempted purchase of cancer diagnostics company Grail, which doesn’t meet the usual thresholds for review.

Twitter CEO Jack Dorsey will step down from his role and chief technology officer Parag Agrawal will become his successor, Twitter announced on ...
Companies
6 months ago

SPONSORED | Elizma Nolte, Meta’s head of marketing for Africa, discusses what this means for brands looking to maximise their festive sales
Economy
6 months ago

Accused of anti-competitive practices, the company says it is dealing with service-related issues on its platform
Companies
6 months ago
Next Article

BIG READ: The girlfriend in ‘House of Gucci’ murder drama comes out of the ...

BIG READ: The girlfriend in ‘House of Gucci’ murder drama comes out of the ...