Photo of employees in blackface displayed for eight years 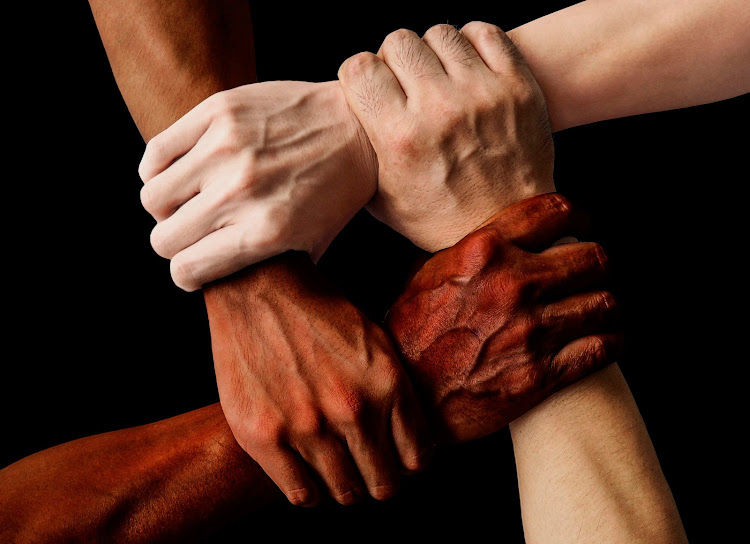 Private equity firm Partners Group Holding, accused of racial discrimination in a UK lawsuit, held a party at its Swiss headquarters where employees dressed up as nuns in blackface and then displayed a photo of them for about eight years.

The image was disclosed at a London tribunal by a black former employee who is suing the firm for racial discrimination and harassment. The picture depicts two white male employees dressed as nuns with painted faces, according to her witness statement prepared for the hearing. She said she believed the incident to be “reflective of the true character and culture” of Partners.

Harmonie Mulumba said in the suit she suffered racial discrimination and harassment during her time on the company’s associate programme. Partners said in a statement that an external law firm investigated a series of incidents alleged by Mulumba, including “alleged racial slurs” but did not  uphold any of the allegations. While the firm acknowledges the incident took place it denies any of the racial discrimination and harassment claims made by Mulumba.

“I find blackface bizarre and inherently sinister — rarely is it ever donned to do anything other than make a mockery and/or present a caricature of blackness,” Mulumba, who worked in the office where the pictures were displayed, said in the court filing. “I believe it to be reflective of the true character and culture of Partners Group behind the thin veneer of propriety and decorum.”

Switzerland’s financial industry, like those in other countries, has struggled to shake a reputation for lacking diversity and, at times, racial sensitivity. In one of the worst incidents, Tidjane Thiam, the black former CEO of Credit Suisse Group who was hired with much fanfare in 2015, was subject to a skit involving a black man dressed as a janitor at the bank chair’s 60th birthday party that prompted him to walk out. Credit Suisse apologised for “any offence” taken.

The Partners share price fell as much as 3.1% in trading on Thursday.

The annual holiday party took place at the Partners Zug headquarters in 2012. Mulumba said that the photos were displayed in the office during her job rotation there in 2016 and 2017.

A team of employees dressed up as nuns from the film Sister Act including the two men who painted their faces, the firm’s executive team said in an internal memo sent to employees on November 30 and seen by Bloomberg. The picture was not removed until 2020, according to the memo.

“We apologise for the hurt caused to colleagues by this incident and for the thoughtless way in which both it and the photo were overlooked in subsequent years,” the executive team said in the circular. “Having investigated, we can accept that the two employees involved were not aware of the implications of their actions, nor their potential to cause offence.”

The firm said in the memo that if a similar incident took place now, employees could be fired.

The employment tribunal will be told of other instances of what Mulumba alleges amount to racial discrimination, with the former associate claiming that senior perpetrators could act with impunity. She is seeking about £10m for lost earnings and bonuses.

“Diverse and inclusive workforces are more than not making discriminatory comments, but being sensitive as to what lies in the workplace environment and ensuring that this is supportive and positive to all employees,” Mulumba’s lawyer Sheila Aly said in an email.

Mulumba rotated through teams in the US, UK and Switzerland and ranked in the top 5% of the firm in an internal performance ranking, according to documents prepared for the tribunal. She said she was ultimately forced out in 2018 after she complained about a senior colleague’s alleged racist slurs.

While Mulumba gave evidence on Wednesday, a lawyer for Partners said that officials at the firm sought to help Mulumba convert to a permanent role once the associate programme ended and that she was initially recruited as part of a diverse cohort.

Mulumba did not perform well enough in any of her rotations to secure an offer of a permanent role, the firm’s lawyer said.

“A diversity of perspectives, skills, experience and backgrounds among our employees, combined with a tradition of inclusion, are factors that enable us to realise the full potential in private markets on behalf of our clients and their beneficiaries,” Partners said in a statement.

“We regret — and treat with the utmost seriousness — any allegation claiming otherwise and deny the claims brought by Ms Mulumba,” the firm said.