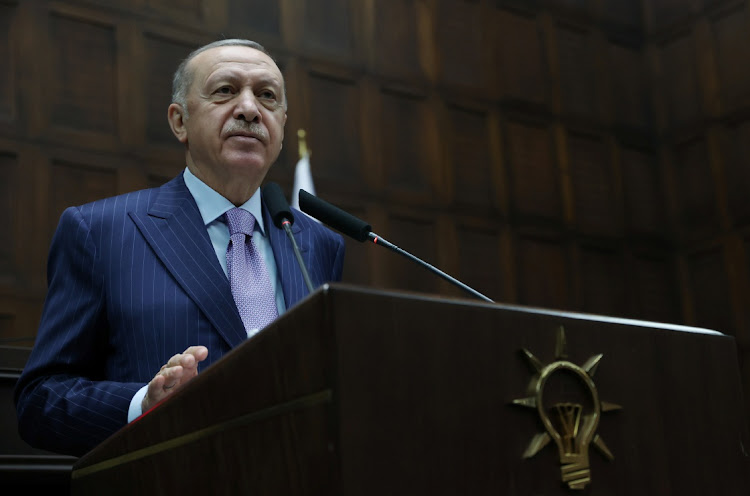 Any chance that the Turkish central bank’s first lira intervention in seven years would shore up the currency has been blown away by President Recep Tayyip Erdogan’s latest ministerial change.

The currency weakened as much as 2.1% on Thursday, erasing all the previous day’s gains, after Erdogan replaced the country’s treasury and finance minister Lutfi Elvan amid a growing rift over interest rate cuts. The central bank sold dollars on the open market on Wednesday for the first time since 2014, briefly helping to stem a sell-off that has seen the lira depreciate almost 45% in 2021.

The sell-off of the Turkish lira resumes after President Recep Tayyip Erdoğan replaces his finance minister amid a disagreement over monetary policy. The lira has now slumped more than 40% in 2021 against the dollar.

Untroubled by data showing inflation running close to 20%, Erdogan has recently intensified calls for lower borrowing costs. The central bank, led by Sahap Kavcioglu, has responded, enacting a cumulative 400 basis points of rate cuts since late September, during which time the lira has depreciated more than 36%, by far the biggest retreat in emerging markets. The currency rallied as much as 8.5% after the central bank intervention, before resuming its declines on Thursday.

The worry for investors is that the departure of Elvan, who had opposed rate cuts, will further diminish the likelihood of a quick return to orthodoxy. His replacement, Nureddin Nebati has been a deputy finance minister since 2018 and is perceived to be close to former economy adviser Berat Albayrak, a son-in-law of Erdogan.

Kavcioglu said in an analyst call on Thursday that “excessive” currency volatility is undesirable. The impact of current monetary policy will be seen in the first half of 2022, a senior official with direct knowledge of his remarks cited him as saying. Inflation is expected to decelerate because current price increases are transitory, he said.

Some of the inflationary impact may fade over the next year, but the question remains as to what will happen going into the second half of 2022, according to Ima Sammani, a foreign-exchange analyst at Monex Europe.

If the turnaround that Erdogan is hoping for doesn’t materialise, “there will be sustained lira pressure and higher inflation, which will eventually force the Turkish central bank to hike rates again or use more unconventional ways to tighten policy,” she said.

The country’s president persistently orders his officials to do what they advise against, thus the plunge in the lira
Opinion
7 months ago

Tuesday’s slide was the lira's worst since the height of a currency crisis, before recovering slightly
Markets
7 months ago
Next Article