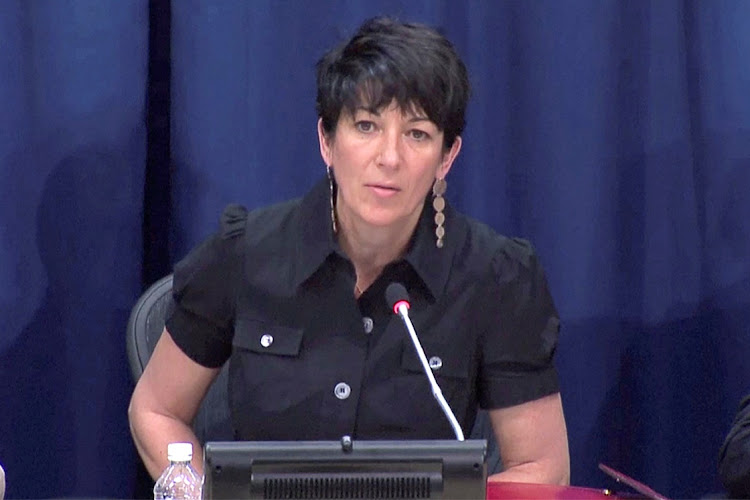 When a longtime boyfriend of one Ghislaine Maxwell’s alleged victims learnt of her abuse by a godfather-like figure who turned out to be Jeffrey Epstein, he wanted to know why his girlfriend’s mother would ever allow the financier near her.

“She said having a woman there” made the situation “more comfortable”, the ex-boyfriend, using the pseudonym Matt to protect the alleged victim’s identity, testified at Maxwell’s trial.

The former girlfriend is using the name Jane at the trial. Matt said he dated Jane from 2006 to 2014.

His testimony sheds light into a dynamic between Epstein, Maxwell and their accusers that is alleged by prosecutors to have normalised sexual abuse. Maxwell is accused of trafficking minors for Epstein to abuse, and participating in some of the abuse herself.

While Maxwell’s lawyers argue that Jane only recently accused the British socialite of being involved in Epstein’s sexual abuse, Matt corroborated the main parts of Jane’s testimony. He testified that Jane told him years ago that a woman had been present when she spent time at the financier’s house. He also said Jane told him about having to give Epstein massages.

“I asked her, why her mother would let her go alone to another man’s house,” Matt told the jury. He said Jane told him because, “other girls were present”.

Jane told him the identity of the godfather-like figure in 2009, after she was contacted by the FBI, Matt testified. Jane identified the woman with Epstein as Maxwell after the socialite’s July 2020 arrest, Matt said.

Matt said when he began dating Jane, she told him her family was struggling financially after her father’s death in 1993. They were so poor, she told him she shared a bed with her two brothers.

“She said her mom had a job that paid basically nothing, but there was a godfather-type figure, a family friend who helped them pay the bills,” Matt said.

Then in 2009, “she said, ‘you know the godfather I was talking about, the person that was helping my family? I need you to know this is who it is. That’s the guy’,” Matt testified. “Jeffrey Epstein.”

Matt said he asked Jane if she was seeing Epstein just for the money. “She didn’t go into detail,” Matt said. “She just said, ‘Matt, the money wasn’t f---ing free’.”

He also testified he overheard a screaming match, with Jane accusing her mother of knowing she was abused by Epstein.

“Jane told her the money was not for free and there’s no way she couldn’t have known it was not free,” Matt said.

Her mother cried, he said.

Earlier Wednesday, Jane concluded two days of testimony. Prosecutor Alison Moe asked why she remembered that it was Maxwell who first instructed her on how to sexually pleasure Epstein when she was just 14.

“Because it was just significant,” Jane said. “It’s when that sort of, like, fun, casual relationship I had with her just changed.”

Jane, who’d remained composed most of the time on the stand, buried her face in her hands and sobbed when Moe asked her about a $5m settlement she received from a fund set up for Epstein’s victims, of which she said got $2.9m.

“I wish I would have never had received that money in the first place because of what happened,” Jane said. “When you’re seeking some sort of closure, you know laws in this country, compensation is the only thing you can get to move on with your life. And for the pain and abuse and suffering that I received and all the out-of-pocket money I paid to try to make this go away and to try to fix myself. You know, hopefully this all puts it to an end and I can move on with my life.”

When does friendly become friends? For Jes Staley that distinction is far more than academic
Opinion
1 month ago

Money was transferred to the prince days after he borrowed a similar amount from the bank, which is controlled by the businessman’s family
News
2 months ago