Ghana’s president, Nana Akufo-Addo, a human rights lawyer, has said the parliamentary process should be allowed to take its course 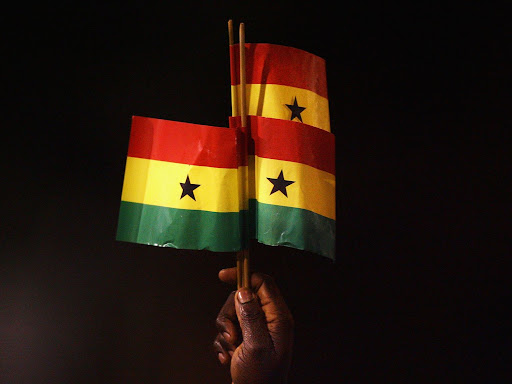 When it comes to cracking down on the LGBTQ community, not much separates Ghana’s two main political parties.

A legislator from the ruling party has joined seven opposition legislators to sponsor a bill to punish LGBTQ people with jail time, legalise discrimination and force anyone who knows someone is gay to report that person to the authorities. The proposed legislation also prevents journalists from producing content seen to be sympathetic to LGBTQ people and advocates conversion therapy — a practice the UN has said can lead to torture.

The opening — and forced closure in February — of an LGBTQ community centre in Accra provided political fodder to both sides to speak up in defence of Ghana’s “family values”. The bill’s main sponsor, Sam George, has since presented himself as a defender of these values on CNN and the BBC, using language that resonates with the country’s influential religious groups. The bill is being debated at the committee level and will then be submitted to the parliament for a second reading.

With the move, the West African nation — considered a regional exemplar of democracy — is bucking the trend of progress being made, albeit slowly, elsewhere on the continent. Gabon’s senate voted last year to decriminalise homosexuality and Botswana joined SA and Angola in 2019 to do the same. While large sections of Africa remain low on the global gay rights scale, progress is being made.

In April, Twitter said it would set up its first Africa office in the country, noting that “as a champion of democracy, Ghana is a supporter of free speech”. The company didn’t respond to requests for comment on how the bill could affect its plan.

Even before the piece of legislation was crafted, Ghana’s LGBTQ community had been facing increased scrutiny. Twenty-one gay-rights activists in the town of Ho were arrested in May for unlawful assembly and denied bail before the case was eventually dismissed.

“The bill, if passed, would violate provisions of the 1992 constitution of Ghana and international human rights instruments,” said Julia Selman Ayetey, a lawyer who represented the group.

Ghana has about 30 million people, with Christians making up about 70% of the population and Muslims about 20%. Most politicians are reluctant to defend gay communities in the region, sometimes seeing homosexuality as an import from the West that promotes a Western agenda.

“There is also a lot of misinformation and sensationalisation of the community,” said Alex Kofi Donkor, the director of activist group LGBT+ Rights Ghana. “I am an unapologetic gay man … This bill is trying to treat us as second-class citizens.”

Ghana’s anti-LGBTQ push comes at a time of some political uncertainty. The main opposition party is likely considering a new leader after former President John Mahama’s two consecutive defeats at the polls. The incumbent, President Nana Akufo-Addo, doesn’t have a clear successor. He’s a year into his second term and can’t run in 2024.

In nearby Nigeria, President Goodluck Jonathan in 2014 signed into law a similar bill, which had been approved by the senate more than two years earlier, as he prepared a re-election bid. The former leader, who's now seeking to burnish his credentials as a statesman, is often asked why he assented to legislation that has contributed to a spike in attacks against people perceived as gay.

Ghana’s president, Akufo-Addo, a human rights lawyer, has said the parliamentary process should be allowed to take its course. In his post-presidency life in 2025, he too may be held accountable for not taking a stance if the bill goes through.