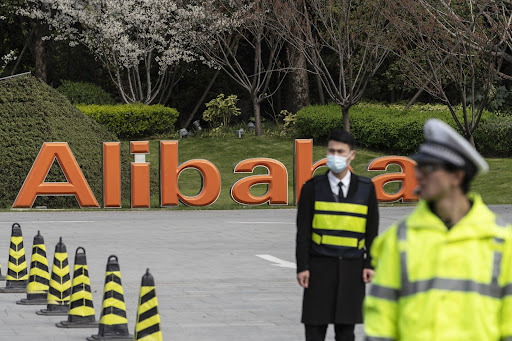 Alibaba Group’s US-listed shares have never been this cheap and yet investors keep selling.

On a reported earnings basis, Alibaba’s American depositary receipts (ADRs) trade at a multiple of 18.7. That’s the lowest since the company’s 2014 debut, and the widest discount to the Nasdaq 100 Index’s average multiple on record. The ADRs slumped 4% on Wednesday to the lowest seen since May 2017. Its Hong Kong shares slid 3.7% at 10.49am local time.

A rout that’s wiped $526bn in value in 13 months is deepening as concern grows about the company’s outlook. Some of Alibaba’s biggest growth drivers — fintech, data, online advertising and content — are under scrutiny from regulators in Beijing. The company missed estimates for quarterly sales at its earnings update last month and predicted slowing revenue growth for 2022.

There’s also uncertainty about the future of tech companies such as Alibaba that used variable interest entities (VIEs) to get around foreign-ownership rules and list overseas. China is planning to ban companies from going public on foreign stock markets through VIEs, people familiar with the matter said.

The China Securities Regulatory Commission said in a statement on its website on Wednesday that a media report about banning the overseas listings of companies using the VIE structure isn’t true, without giving further details.

Those betting that the shares are too cheap and ripe for a turnaround keep getting steamrollered. Derivatives traders who had bought bullish Alibaba options capitulated on their bets this week, selling thousands of December calls at steep losses. A bearish put expiring in just over two weeks is by far the most-owned contract. Its $20 strike price implies an 84% drop from Wednesday’s close.

Wall Street analysts are scrambling to keep pace with the declines in the ADRs. While they are overwhelmingly bullish — with 56 buy recommendations and one sell — the average price target for the firm has fallen for 18 straight weeks.

The global equity fund category is one of the largest unit trust sectors, with R236bn under management
Companies
1 month ago
Next Article