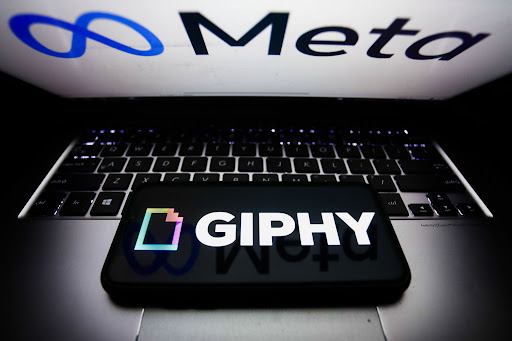 The decision is a turnaround after years of being allowed to swallow up smaller rivals with virtually no push back.

The Competition and Markets Authority found that last year’s $315m tie-up with the GIF search engine will reduce competition between social media platforms, according to a statement on Tuesday.

It’s the first time a Big Tech firm has been ordered by regulators in Europe and the US to undo an acquisition rather than pay a hefty fine. Meta now has two choices: to appeal or divest.

The $315m deal for Giphy, completed last year, raised concerns from UK regulators from the beginning. The antitrust probe was initially delayed after officials ordered Facebook to pause plans to integrate the company, sparking a lengthy court battle.

The company will be able to appeal against the decision to the UK’s Competition and Appeals Tribunal where it would be heard as a judicial review, a court process that looks at how the tribunal came to its decision. If Meta accepts the ruling it will have to find a suitable buyer that will be vetted by the regulator.

“We disagree with this decision,” a Meta spokesperson said. “We are reviewing the decision and considering all options, including appeal.”

The watchdog said the deal had already removed the platform as a potential challenger in the display advertising market and that Meta must sell Giphy in its entirety to an approved buyer.

“Without action, it will also allow Facebook to increase its significant market power in social media even further, through controlling competitors’ access to Giphy GIFs,” Stuart McIntosh, chair of the investigation, said.

Both sides have battled the merger review process. The tribunal fined Meta £50.5m for failing to update regulators on efforts to hold Giphy separate before getting UK merger approval, which Meta later did not appeal. While Meta has accused the tribunal of being disproportionate and failing to offer it alternatives to divestiture.

Merger watchdogs across Europe are giving US tech giants a much tougher time as they investigate their market power. Regulators faced a barrage of criticism for allowing Silicon Valley to snap up potential rivals before they make it big. Facebook’s game-changing takeover of Instagram is often cited as a deal that was waved through by regulators without proper scrutiny.

Other global regulators have not shown as much concern with the deal. Margrethe Vestager’s European Commission didn’t review the case, while Austria’s competition agency is still reviewing it.

The New Zealand prime minister says the focus must now be on prevention, looking at how people come across terror-motivating content online
Companies
8 months ago

Africa’s economy might have to play catch-up with the rest of the world, writes Lebo Madiba
Opinion
8 months ago

Alphabet is the best-performing stock in 2021 among the five biggest US tech firms by sales, and bulls see the stock rising further
News
8 months ago
Next Article