Company’s continued focus on fossil fuel is a barrier to investment, Bluebell says in letter to management 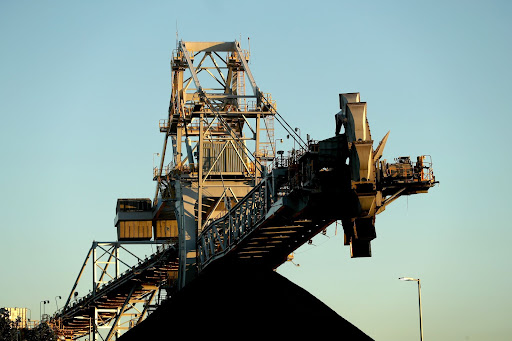 Activist hedge fund Bluebell Capital Partners has asked Glencore Plc to separate its thermal coal business because it has become a barrier to investment. Picture: BLOOMBERG

Activist hedge fund Bluebell Capital Partners has demanded that Glencore separate its thermal coal business because it has become a barrier to investment.

The hedge fund firm said that the commodities giant could realise more value for shareholders if it separates that business, simplifies its asset base, disposes of noncore asset Viterra, and tackles governance issues. Bluebell’s partners Giuseppe Bivona and Marco Taricco made the demands in a letter to the company, a copy of which was seen by Bloomberg.

Bivona declined to comment beyond the letter. Glencore engages regularly with its investors, the company said in a statement.

“We are confident that our business model is uniquely placed to produce, recycle, and market the materials needed to decarbonise energy whilst reducing our own emissions and delivering value for stakeholders,” Glencore said.

London-based Bluebell, which has shaken boardrooms across Europe and launched activist campaigns against companies from GlaxoSmithKline to Danone, said Glencore’s coal activities were hurting its valuation from a pure ESG perspective and also because of the uncertainty on terminal value. Bivona and Taricco said the company’s plan to keep thermal coal as part of its portfolio until 2050 is both “morally unacceptable and financially flawed”.

“Due to its coal business, Glencore is not an investible company for investors who place sustainability at the heart of their investment process,” Bluebell’s partners wrote in the letter dated November 8. “A clear separation between carbonised and decarbonised assets is needed to increase shareholder value and remove the ‘coal discount’, whilst simultaneously ensuring that coal assets will be managed responsibly.”

Glencore is the world’s biggest thermal-coal exporter and its billionaire former boss Ivan Glasenberg has been a firm advocate of the business. While some of the company’s biggest rivals have already exited the dirtiest fuel, Glencore received investor backing for plans to keep running its mines until they close by 2050. Glasenberg stepped down as CEO in 2021, but he remains Glencore’s second-biggest shareholder.

Coal is still a major earner for Glencore and the company is expected to produce bumper full-year earnings after prices hit record levels during the recent energy crunch in China. Glencore has already said it expects to deliver windfall dividends from the coal surge.

The company’s shares have rallied this year to outperform other big miners. Glencore has gained more than 50% in London, compared with about 4% for BHP Group and a decline in Rio Tinto Group.

The company has said in recent years that it would be prepared to sell or spin off its coal business if enough shareholders demanded that it exit. However, its climate transition plan received a 94% approval vote from shareholders in April.

Bivona cofounded Bluebell with fellow finance industry veteran Taricco and Francesco Trapani, who ran Italian jeweller Bulgari for nearly three decades. Before that, the three spent years helping Elliott, Jana Partners and other activists execute campaigns in Europe and the US.

Their Bluebell Active Equity Fund was up about 17% through October this year, according to an investor update. Bluebell has total assets of about €200m.

Bluebell has a stake in Glencore, according the letter, but hasn’t disclosed the size.

The letter to Glencore is the latest move by activist investors seeking to influence how the world’s natural-resources giants confront the green-energy transition. Royal Dutch Shell and ExxonMobil have faced pressure from activists in the past year.

Bluebell’s action also comes at a time of transition for Glencore. The company has a new CEO in Gary Nagle, a long-time company insider who succeeded Glasenberg at the end of June, as well as a new chairman.

While Bluebell has had significant success in the past, Glencore’s ownership may pose challenges. Glasenberg, who ran the company for two decades and, like Nagle, is a former coal trader, owns 9.2% and several other ex-managers also have big holdings.

Bluebell also wants the company to divest its agricultural business to transform itself into a pure player in green-economy transition metals and drastically streamline the existing production asset base. Bluebell also called on the company to improve its corporate governance. Glencore has been embroiled in legal probes, including an ongoing investigation by the US Department of Justice.

But the group reported a 9% fall in coal production in the year to date, due to its Prodeco mines in Colombia being suspended and lower production in ...
Companies
8 months ago
Next Article