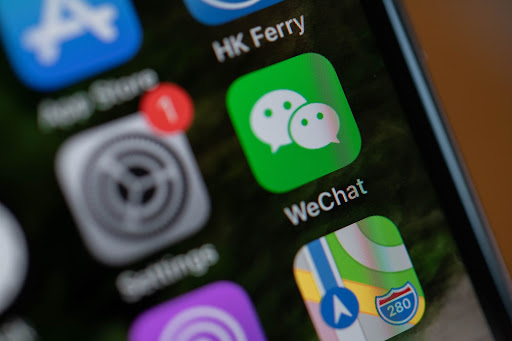 Tencent will begin testing a function “soon” to allow group-chat participants to share links to third-party e-commerce platforms, it said in a brief, official blog post on Monday. Directed by regulators, the company will eventually allow WeChat’s users more options for sharing content, though it didn’t elaborate. And it promised to let them tweak settings and other ways in which to manage external sharing in future.

The move is another major concession from China’s leading social media and entertainment giant, whose signature app WeChat anchors the daily transactions of more than a billion Chinese. Tencent, which along with Alibaba Group and ByteDance controls vast sections of the country’s internet arena, had previously allowed users who upgraded to the latest version of WeChat to share external links only in one-on-one conversations. As part of the latest changes unveiled Monday, Tencent has done away with a “warning” page that pops up every time users click on external links.

Tencent has resisted dismantling WeChat’s barriers for fear of diluting the experience and driving users to rivals such as ByteDance’s Douyin. But China’s technology regulators have issued strong warnings to internet firms to stop blocking rivals’ links. That’s part of a broader campaign by Beijing to eliminate the so-called walled gardens or mobile ecosystems that shore up internet firms’ control of consumer data and online profits.

The government has accused a handful of companies of artificially perpetuating their dominance of respective spheres: Tencent in social media, Alibaba in e-commerce and, more recently, ByteDance in video. Beijing is now considering asking media companies from Tencent to ByteDance to let rivals access and display their content in search results, Bloomberg News has reported, a move that could upend the internet advertising arena.

Alibaba and Tencent have said they will comply with regulators’ edicts. Complicating the situation, new laws that took effect this month have put the onus of protecting users’ data on China’s internet firms. Tencent has been ordered to stop rolling out new apps as industry regulators review their compliance with new privacy laws, Bloomberg News has reported.