Magdalena Andersson, a former finance minister, will head a one-party government after her candidacy passed by a two-vote margin 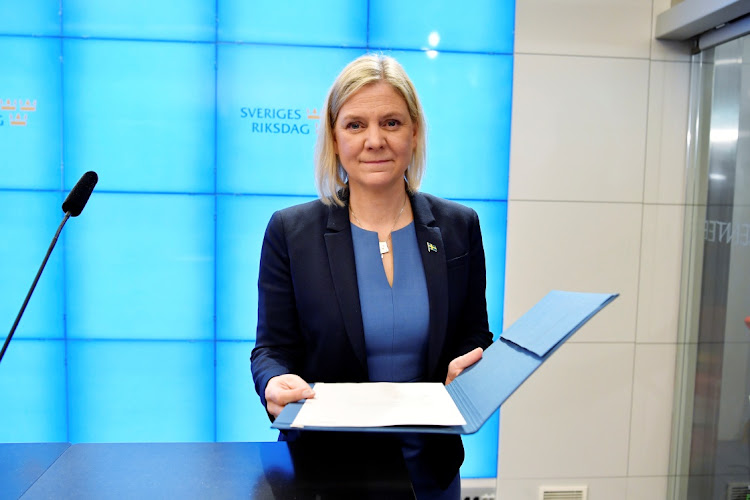 Magdalena Andersson, a former finance minister, will head a one-party government in the largest Nordic nation after her candidacy passed on Monday by a two-vote margin. Having become Sweden’s first female prime minister last Wednesday, she resigned the same day when her junior partner in government quit after a defeat in parliament over the budget.

Sweden’s recent instability is a result of an increasingly fragmented legislature. The emergence of the nationalist Sweden Democrats over the last decade has sapped support for mainstream parties and made it difficult to form stable coalitions. The once-dominant Social Democrats last governed Sweden alone in 2006.

“Someone has to be prime minister in this country,” Andersson, who has called herself Europe’s most frugal finance minister, said after the vote.

“There seems to be no alternatives,” the 54-year-old said, adding that “conditions are good” for her cabinet to co-operate with other parties. 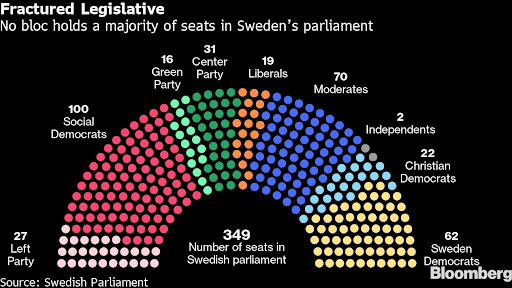 Her government will control less than a third of the seats in parliament, and will depend on the support of three smaller parties to pass legislation.

She will have to work with a 2022 budget amended by the opposition after a centre-right party that previously supported the government refused to back her in a parliamentary vote last Wednesday. That triggered the exit of the Green Party and her resignation.

Andersson’s appointment was backed by 101 lawmakers, with 75 abstaining and 173 voting against. That means she won by two votes as she needed to avoid an absolute majority opposing her nomination. The next step is for her to announce her cabinet members, before her government takes office after a meeting of the Council of State presided over by the king.

The country’s political landscape has long been a two-horse race between a relatively unified centre-right and a bloc of left-leaning parties led by the Social Democrats.

The far-right Sweden Democrats, who have 62 seats out of 349 in the legislature, will seek a shot at power next year in a September election that’s likely to focus on rising gun crime and tension over immigration.

Over the past year, traditional right-wing politicians have accepted that they may need to cut a deal to give the anti-immigrant force a say in government. Neither the Social Democrat-led constellation nor the conservative-nationalist camp have a clear lead at this point.