Gordhan says the emergence of the Omicron variant, which has prompted several countries to temporarily ban flights to SA, is unlikely to affect the price 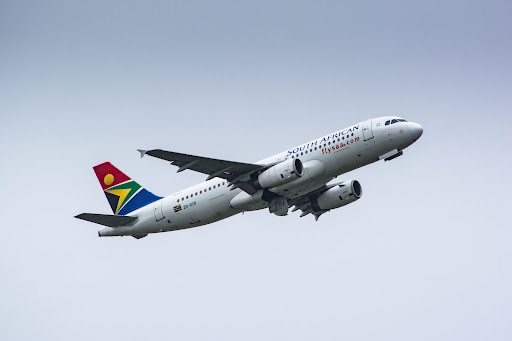 SA expects to conclude the sale of a majority stake in its state-owned airline to private investors early in 2022, public enterprises minister Pravin Gordhan says.

The sale of 51% of SAA to the Takatso consortium is “certainly moving in the right direction,” Gordhan, who oversees state-owned companies, said in an interview with Bloomberg Television on Friday. “There are a few more regulatory hoops that we have to jump through, so early in the new year that process should be completed.”

The group acquiring the stake comprises Global Airways, which owns new domestic airline Lift, and private-equity firm Harith General Partners. The emergence of a new coronavirus variant, which has prompted several countries to temporarily ban flights to the country, is unlikely to affect the price they pay, Gordhan said.

The minister also expressed his unequivocal backing for Eskom CEO Andre de Ruyter, who has faced calls from some labour unions and business groups to resign. The country has seen record blackouts in 2021, with Eskom failing to meet demand from its old and poorly maintained plants.

More information is expected to become available next week about the new Covid-19 virus variant, its transmissibility and how it should be responded to, according to Gordhan.

“Those are matters that over the next few days government will apply its mind to,” he said. “We have learnt a few lessons from the first few waves, so to speak. The balance between lives and livelihoods needs to be carefully managed.”

PETER BRUCE: Return to sender, this business is blown

A few years ago when Mark Barnes was running the Post Office it required zero money from the state, now it needs R8bn just to survive
Opinion
8 months ago

SA’s airlines are experiencing strong demand ahead of the festive season with expectations of a better December than last year, but there is still ...
Business
8 months ago
Next Article