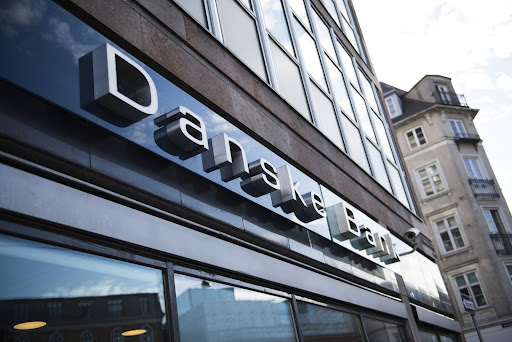 The explosive growth in sustainability-linked loans has exposed a number of shortcomings that need to be resolved in order to avoid greenwashing, according to the global head of sustainable finance at Danske Bank A/S. Picture: BLOOMBERG

The explosive growth in sustainability-linked loans has exposed a number of shortcomings that need to be resolved to avoid greenwashing, according to the global head of sustainable finance at Danske Bank.

As things stand now, there are “clear risks”, Samu Slotte, who’s based in Danske’s Helsinki office, said in an interview. “There is room for improvement.”

Among those risks is the “quality of criteria” that determine the interest rate on the loans. As with their cousins in the bond world, sustainability-linked loans carry a rate that’s linked to key performance indicators, rather than the strict use-of-proceeds model associated with green bonds or loans. The somewhat laxer requirements have lured a broader range of borrowers, including corporate behemoths such as Ford Motor Company. In 2021, global issuance of such products has soared 212% to $318bn.

Slotte says it’s “becoming the norm” to discuss sustainability with clients applying for loans. Within two to three years, he expects 75% of large corporate loans at Danske to have sustainability-linked features. It’s a pattern that fits the overall proliferation of environmental, social and governance (ESG) assets, which mushroomed to an estimated $35-trillion in 2020.

The Danske banker says a number of issues need to be addressed if sustainability-linked loans are to live up to their label. These include key performance indicators (KPIs), which still require fine tuning. “KPIs have to be material and relevant for the company,” Slotte said. “And they need to be ambitious, so they go beyond business as usual.”

A Bloomberg News survey with 50 borrowers and lenders signalled that almost half of respondents think two KPIs are sufficient for a deal, while 17 think there should at least be three targets. Participants also said they preferred specific performance targets over more general ESG ratings.

The issue is partly one of incentives. For bonds, “arranging banks can say it is not them that require it, it is the investors”, Slotte said. But he can’t recall any examples of this happening with loans, because “there isn’t anyone the banks can point to, they are the investors themselves”.

Meanwhile, Danske’s efforts to persuade clients to subject themselves to an external verification process often fall flat. The process “easily starts to back-pedal and the client says maybe we don’t need this at all”, Slotte said. Ultimately, “it is typically a cost issue”.

Finally, there’s the question of how to structure the pricing for sustainability-linked loans. Typically, a loan margin will drop 2.5 basis points if three KPIs are met on an annual basis. Borrowing costs rise by the same measure if the metrics aren’t achieved.

Slotte says he hasn’t “seen an example where the loan margin has gone up but I have seen cases where borrowers have not hit all their KPIs so they don’t get the discount”. He says it’s a phenomenon that’s more typical of the services industry, in which indicators tend to be harder to quantify.

The market for sustainability-linked debt products has in general faced criticism that borrowers don’t face meaningful penalties for failing to meet the targets they set. But Slotte said that may change once the market matures.

“First we need to make sure that the KPIs are correct before we look at moving the margin, which in itself does not solve the problem,” he said.