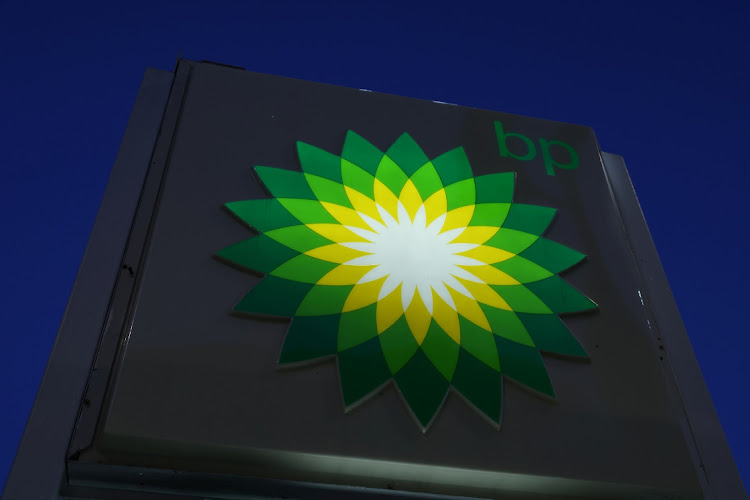 The BP logo is seen at a BP gas station in Manhattan, New York City on November 24 2021. Picture: REUTERS/ANDREW KELLY

BP plans to build a green hydrogen facility in northeast England that could start producing the gas by 2025, part of a massive project to help the oil major transition towards cleaner sources of energy.

The HyGreen Teesside proposal follows one made earlier this year to develop a blue hydrogen facility in the same location. That would produce 1-gigawatt of hydrogen by 2030 and capture 2-million tonnes of carbon dioxide a year.

BP mapped out a strategy last year to scale back its fossil-fuel business in favour of alternatives as the UK targets net-zero greenhouse gas emissions by 2050. Beyond solar and wind, London-based BP wants to capture a 10% share of “core” hydrogen markets over the next decade. Oil-and-gas companies are pouring money into the hydrogen business with expectations it could displace hydrocarbons in power generation, heavy industry and transportation such as trucking and shipping.

It won’t be difficult to place the 60 megawatts of green hydrogen expected to be produced at HyGreen by 2025, Matt Williamson, vice-president of BP’s blue hydrogen operations, said in an interview.

“Customers are coming to us all the time wanting to get hydrogen,” he said.

The facility plans to boost its output to 500MW by 2030, a target that should be achievable given the “enormous” amount of renewable power coming online in the UK by then, Williamson said. BP didn’t disclose the expected cost of the plant, which relies on receiving some government funding, and a final decision is expected in 2023.

BP also is considering green hydrogen production at refineries in Germany, Spain and the Netherlands.

Teesside itself is undergoing a redevelopment from its roots in steel, chemicals and fossil fuels. The city was selected as one of two industrial clusters that will receive government support for a carbon capture project. It also has ambitions to become the UK’s first hydrogen transport hub, Williamson said.

“You’ve got the opportunity to get hydrogen into trucks, there’s the airport, there’s the port and then there’s trains,” he said.

Currently, most hydrogen is described as “grey,” meaning it’s made from fossil fuels and releases carbon dioxide into the atmosphere. With blue hydrogen, those emissions are captured and buried into the ground. The cleanest — and most expensive — variety is green hydrogen, made using renewable power.