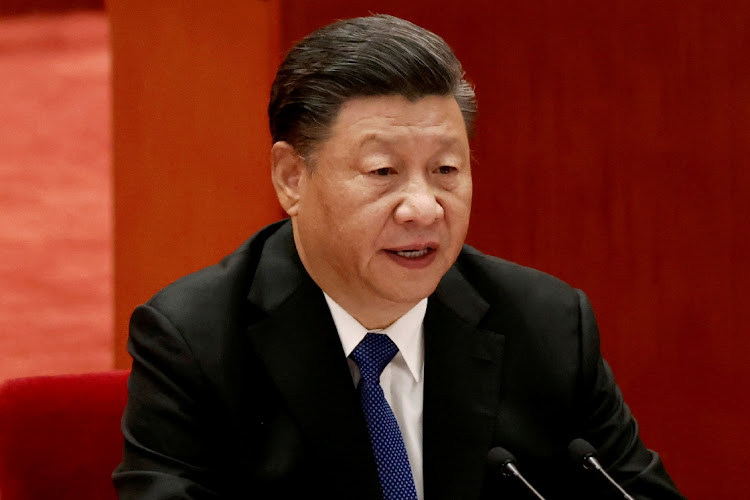 Chinese President Xi Jinping pledged to supply another 1-billion doses of vaccines to African countries, as the world’s poorest continent grapples with the emergence of a new and potentially more transmissible Covid-19 variant.

Xi said 600-million doses would be donated while the rest will be jointly produced by Chinese enterprises and African countries, without providing details. He was speaking via video at the eighth triennial Forum on China-Africa Co-operation in the Senegalese city of Diamniadio on Monday.

China has already sold 136-million vaccine doses to Africa and pledged 19-million in donations, according to the Beijing-based Bridge Consulting, which tallies deliveries through government press releases and news reports. Beijing has delivered 107-million of those doses, and another 11.6-million through the Covax initiative, the consulting firm said Monday.

Beijing will offer African financial institutions a $10bn credit line and encourage its firms to invest at least $10bn in the continent in the next three years, Xi said. It will also provide $10bn in trade financing to support African exports to China rising to $300bn over three years, and allocate $10bn of the country’s International Monetary Fund’s (IMF’s) special drawing rights — an international reserve asset — to African nations.

The two-day conference takes place as African countries are contending with the devastating fallout of the pandemic, which risks being exacerbated by the detection of the Omicron strain. China as Africa’s biggest trade partner has an important role to play in the continent’s economic recovery.

“Xi Jinping’s keynote speech focused on the most immediate concern for the continent, namely the shortage of vaccines to combat the pandemic, especially in light of the new variant,” Lina Benabdallah, assistant professor of politics and international affairs at Wake Forest University, said. His vaccines pledge was the biggest made so far to Africa, she added.

Since 2006, China had doubled its investment pledge to Africa every three years at the Focac summit, Beijing’s main vehicle for managing its relationship with the continent. That stopped in 2018 when Xi matched China’s previous pledge of $60bn, as the world’s second-largest economy came under fire for saddling developing countries with unsustainable levels of debt. 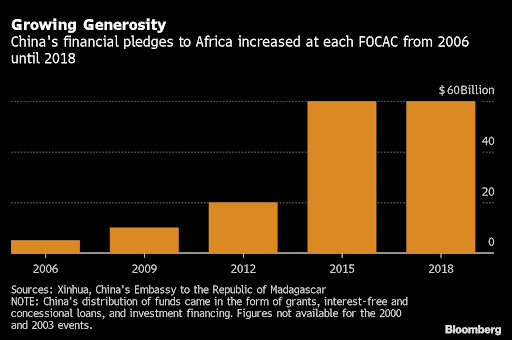 Senegalese President Macky Sall said China’s relationship with Africa had been “tested by challenges brought by the Covid-19 pandemic”.

“I urge China to continue to support the continent by reallocating its SDR from the IMF,” he said in his opening address to the gathering, which preceded Xi’s speech.

Beijing has emerged in the past decade as the world’s largest noncommercial international creditor, with its state-owned policy banks lending more to developing countries than the IMF and World Bank. That lending has been subject to international scrutiny, which has intensified as the pandemic caused dozens of countries to suspend debt repayments.

Xi has taken a personal interest in the forum, addressing or attending the opening ceremony since he came to power. Previously, China had sent its premier to the summit when it took place in an African country. China and the continent take turns in hosting.

But while Chinese foreign minister Wang Yi attended in person, Xi continued his recent tradition of appearing virtually. The Omicron variant was identified in Botswana and SA days before the event began, causing countries around the world to ban travellers from several African nations.

Xi hasn’t left home in 681 days, pivoting to performing all diplomatic duties by phone or video link, a byproduct of China’s strategy to completely eliminate cases of Covid-19. That has limited his ability to hold face-to-face meetings on the sidelines of major events that can help ease tensions.

African heads of state other than Sall were notably absent from the event, although President Cyril Ramaphosa and Egyptian President Abdel-Fattah El-Sisi made video addresses.

The summit comes a week after US secretary of state Antony Blinken signalled the US’s intention to revitalise its long-neglected relations with Africa, where it has steadily been losing influence to China and other global powers.

Africa has always been near the bottom of the US foreign-relations priority list, with the world’s poorest continent accounting for less than 2% of its total two-way trade. Relations reached a low ebb during former US president Donald Trump’s tenure, during which he made disparaging remarks about African countries and high-level diplomatic engagements were few and far between.