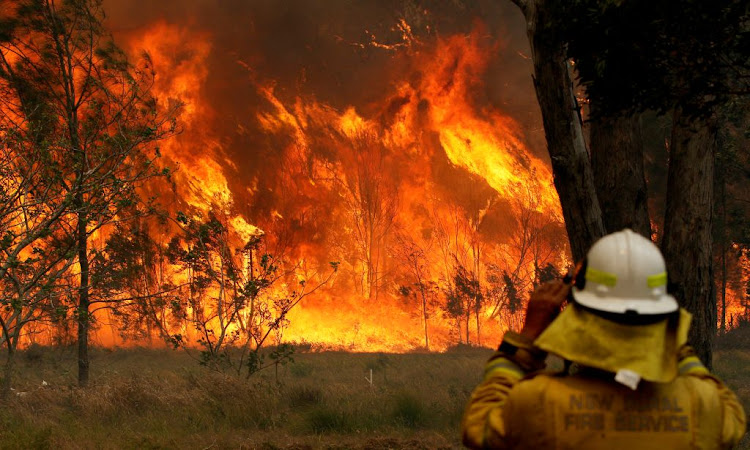 The wild storms and heavy rains now lashing Australia’s eastern seaboard are likely to be followed by another wave of severe wildfires late next year, according to researchers at the government’s peak science body.

The Bureau of Meteorology this week declared a La Nina had developed in the tropical Pacific, which typically means above-average rainfall for eastern, northern and central parts of Australia.

According to Pep Canadell, chief research scientist at the CSIRO’s Climate Science Centre, that’s bad news for firefighters as the years after a La Nina are the riskiest for bushfires. He’s co-author of a research paper published in the journal Nature Communication, which analysed Australian fire seasons since 1930 and found that climate change has played an overwhelming role in creating fire weather and driving increases in burnt area.

“The highest years were actually right after La Nina years because the wetness across the continent really brings up the fuel loads,” Canadell told reporters on Friday.

The outlook comes as the country is still recovering from 2019-20’s extreme fire season. The report from the Royal Commission into National Natural Disaster Arrangements found more than 24-million hectares were burnt during that season.

At least 3,000 homes were destroyed and almost 3-billion koalas, kangaroos, reptiles and other animals were killed or displaced. Smoke haze affected major cities such as Sydney and Canberra for weeks and caused air pollution as far away as South America.

That season was one of four since 1930 where more than 1-million hectares of area was burnt. Three of those seasons have occurred since 2000.

In the fire season after the 2010-11 La Nina, more than 100-million hectares — an area four times the size of the UK — were burnt, Canadell said.

Fire seasons are also increasingly extending into the cooler months, according to the CSIRO report, with the annual mean area burnt in winter increasing more than five-fold since 1988.

As fires and smoke threaten health, ecosystems and property, there’s greater risks to lives and livelihoods, the report’s co-author, Garry Cook, said at the briefing. It will become increasingly hard for Australians to live in areas near forests, he said.

“I’m thinking of those scenes of Sydney bathed in orange light from the smoke — this is going to be increasingly our future,” Cook said. “The only long term answer to it is the management of greenhouse gas production.”

Europe is set to get its first cold spell of the winter season, putting the continent’s already scant energy supplies under pressure
News
2 months ago