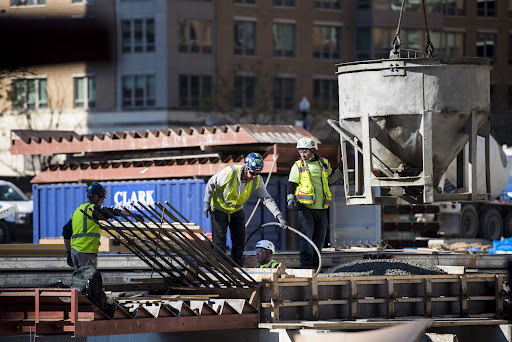 Applications for US state unemployment benefits plunged last week to a level not seen since 1969, which if sustained would mark the next milestone in the labour market’s uneven recovery.

Initial unemployment claims in regular state programmes fell by 71,000 to a seasonally adjusted 199,000 in the week ended November 20, labour department data showed on Wednesday. The median estimate in a Bloomberg survey of economists called for 260,000 applications.

However, the larger-than-expected drop may be explained by how the government adjusts the raw data for seasonal swings. Wrightson ICAP chief economist Lou Crandall pointed out in a recent note that seasonal factors were anticipating a smaller increase in unadjusted claims compared with the same time in 2020 as the labour market was struggling to recover.

“This is purely a seasonal factor distortion. Much of it will reverse next week,” Crandall said after the release.

US equity-index futures maintained losses, and Treasuries fell after the jobless data and a separate report on durable-goods orders that showed a decline from the previous month. The Bloomberg dollar index rose.

If claims are indeed sustained at around pre-pandemic levels, it would likely increase the chances that Federal Reserve officials accelerate their tapering of bond purchases and contemplate raising interest rates soon after that buying finishes in 2022. The data follow reports showing the fastest inflation in three decades and a pickup in job gains in October.

Claims stood at 216,000 at the end of February 2020 leading up to the onset of Covid-19 in the US, which pushed applications up to a peak of 6.1-million in early April 2020. They’ve since declined as the economy reopened more broadly and Americans returned to work. Also, federal pandemic unemployment benefits ended by September 6 in all states.

Even so, millions of Americans are still choosing to sit on the sidelines, frustrating employers who are desperate to fill a near-record number of positions. Child care remains a serious issue for working parents, especially as Covid-19 cases pick up again in many states and disrupt in-person learning.

The October jobs report showed payrolls increased 531,000 after large upward revisions to the prior two months. Economists are calling for another half a million to be added in November, which will be reported on Dec. 3.

Lael Brainard, who was the other top candidate for the job, nominated to be vice-chair
World
1 week ago

‘Prices at the pump have continued to rise, even as refined fuel costs go down and industry profits go up,’ the president says in letter to Federal ...
News
1 week ago
Next Article