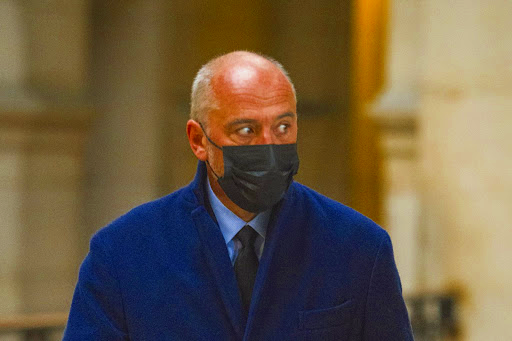 Orange CEO Stéphane Richard was convicted by Paris appeal judges over his handling of a multimillion-euro dispute when he worked for the then-French finance minister more than a decade ago.

Richard was found guilty of aiding and abetting the misuse of public funds and helping the late Bernard Tapie cheat the government out of about €403m in 2008. Judge Sophie Clement handed Richard a one-year suspended sentence and a €50,000 fine on Wednesday, overturning a lower court acquittal.

“He carried out serious wrongdoing by favouring the interests of Bernard Tapie to the detriment of those of the state,” Clement said in court.

The criminal conviction is a stain on the career of Richard, who has often worked between politics and business. His mandate as CEO of Orange is due to end in May after more than a decade at the helm navigating through a competitive assault by a low-cost challenger and a bruising price war. Richard has said he’s in favour of staying on as chair while splitting the top roles at the French telecom company.

Orange declined to comment on the ruling. A top finance ministry official previously said that Richard must step down if he is convicted. Shares were little changed in Paris trading at 10.20am.

A board meeting was planned for Wednesday afternoon to take decisions over the governance of the company, according to people familiar with the matter.

Richard said in a statement he would lodge an appeal at France’s top court to overturn his “profoundly unjust” conviction. He added that it would be up to the Orange board to decide whether he could stay on as CEO.

“The accusations of aiding and abetting misuse of public funds are baseless,” Richard said.

The fraud case dates back to the sale of Tapie’s stake in Adidas in 1993. Tapie claimed a state-owned bank involved in the deal cheated him, sparking a slow-burning dispute. French finance minister at the time Christine Lagarde agreed in 2007 to put the matter into arbitration, which led to the multimillion-euro award for Tapie the following year.

Lagarde was tried in separate proceedings by judges specialised in ministerial misconduct who found her guilty in 2016 of negligence for failing to appeal against the award to Tapie, yet did not sentence her.

Clement said Richard acted as a “true defender” of the interests of Tapie, who was meant to be his opponent in the Adidas case.

“His actions can’t be seen as negligence given their deliberate and repeated nature,” she said. While there’s no evidence Richard was aware that the arbitration was a fraud, he acted against the interests of the French state in proposing not to appeal the payout, she said.

The entire payment was eventually cut to zero by a civil court after doubts were cast on the impartiality of one of the three arbitrators.

In parallel, criminal accusations emerged against Tapie, with Richard suspected of aiding and abetting the alleged scam. When the case went to trial, Paris judges ruled in 2019 that there was no proof that Richard or Tapie took part in any fraud.