Credit Suisse still faces fallout from the 2014 guilty plea of its main banking unit, which admitted to helping thousands of Americans evade taxes 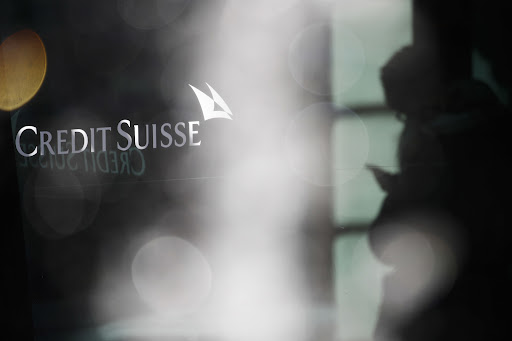 Former Credit Suisse bankers have told criminal investigators that the bank is still helping US clients hide accounts from the Internal Revenue Service (IRS), even after the firm paid $2.6bn in penalties in 2014 and promised to stop the practice.

Those bankers “have come forward with credible information that Credit Suisse continued to assist additional Americans with concealing assets from the US after 2014,” according to a November 18 filing in a civil lawsuit. “In some instances, the concealment is ongoing today.”

The latest allegations of wrongdoing come during a tumultuous year for the Zurich-based bank, which lost $5.5bn in the blow-up of family office Archegos Capital Management and had to unwind client funds that were managed with collapsed lender Greensill Capital. It also is happening weeks after the US justice department vowed to crack down on corporations that repeatedly violate the law.

The bankers who came forward said that Credit Suisse opened accounts for South American clients who held dual citizenship, but bank documents failed to indicate they were US citizens, according to people familiar with the matter. Some of the accounts held tens of millions of dollars, the people said. US taxpayers are supposed to pay taxes on income earned anywhere in the world, and disclose their offshore accounts to the treasury department, even if they have dual citizenship.

Credit Suisse shares fell more than 2% in early trading on Monday. The stock has lost 21% in 2021.

Over the summer, those bankers, who were unidentified, were interviewed by US tax prosecutors, IRS criminal agents and US Senate investigators, the people said. Credit Suisse still faces fallout from the 2014 guilty plea of its main banking unit, which admitted helping thousands of Americans evade taxes.

“Following our settlement in 2014, Credit Suisse has co-operated fully with US authorities and continues to do so,” the bank said in a statement.

The justice department declined to comment, and a spokesperson for the IRS didn’t respond to several requests for comment made outside normal business hours.

Credit Suisse has been working to resolve its problem of US accounts hidden from the IRS, according to a November 4 filing in the civil lawsuit, which was filed earlier in 2021 by a whistle-blower in federal court in Alexandria, Virginia. The suit claims that the department of justice should have imposed an additional criminal fine because of Credit Suisse’s failure to disclose the existence in 2014 of more than $200m in accounts held by a US citizen, Dan Horsky, who later pleaded guilty and served seven months in prison.

The department of justice said in a November 4 filing that it was investigating the 2014 plea deal in which the bank promised it would close “any and all accounts” not declared to the IRS. They also urged a judge to dismiss the whistle-blower lawsuit because they said it would interfere with “ongoing discussions with Credit Suisse regarding the identification and remediation of remaining Swiss accounts held by US citizens”.

Prosecutors said the plea agreement was a “living document (ie, one that required continued co-operation on the part of Credit Suisse).” They also described “ongoing law enforcement activities related to the plea agreement”.

In October, deputy attorney-general Lisa Monaco said prosecutors would “consider the full criminal, civil and regulatory record of any company” in resolving criminal investigations. “Where they do not live up to their obligations,” she said in an interview on Bloomberg Television, “we will hold them accountable”.

HSBC is ploughing $3.5bn into its wealth and personal banking business, to realise its ambition to become Asia’s top wealth manager by 2025
Companies
3 weeks ago