Special Drawing Rights of almost $1bn allocated to Zimbabwe should not be a substitute for critical reforms, says multilateral lender 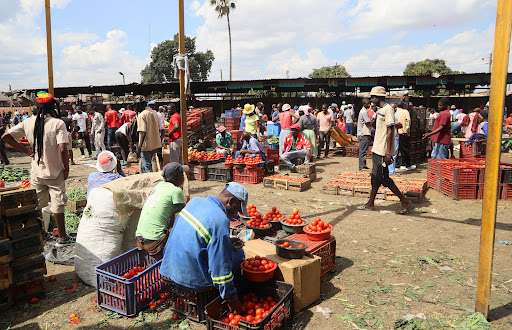 The International Monetary Fund (IMF) says Zimbabwe must restructure its external debt of more than $10bn before it can receive any fresh credit lines from the institution.

The IMF is unable to provide financial support to the nation due to unsustainable debt levels and official external arrears, it said at the end of a virtual mission, led by Dhaneshwar Ghura, mission chief for Zimbabwe this week. Government debt was at 86% of GDP in 2020, according to the IMF.

“A IMF financial arrangement would require a clear path to comprehensive restructuring of Zimbabwe’s external debt, including the clearance of arrears and obtaining financing assurances from creditors,” the Washington-based lender said in a statement Tuesday.

The country is saddled with $10.5bn of debt owed to international financial institutions including the Paris Club, African Development Bank and the World Bank, which has effectively cut it off from multilateral lenders. The treasury started repaying a portion of the $3.78bn it owes Paris Club members in 2021, to regain access to foreign loans.

Zimbabwe’s economy is expected to expand 6% in 2021, compared with the government’s 7.8% forecast, after two consecutive years of contraction. Growth will be driven by a better agricultural harvest, improved mining and energy production, buoyant construction and manufacturing activity, and increased infrastructure investment.

The IMF said close co-ordination among fiscal, exchange rate, and monetary policies should continue in the near-term to lock in economic stabilisation. Priorities should allow for greater official exchange rate flexibility and tackle foreign-currency market distortions.

Special Drawing Rights (SDR) of almost $1bn allocated to Zimbabwe should not be a substitute for critical reforms. The SDRs should be spent on priority areas within a medium-term plan and follow good governance and transparency practices.

The IMF also said uncertainty remained high and the outlook will depend on the coronavirus pandemic’s evolution, aggravated by the economy’s vulnerabilities to climatic shocks and the implementation of sustainable policies.

None of regional economic clusters is functioning well, which does not bode well for African Continental Free Trade Area
Opinion
6 months ago

Harare’s all share index posts a rare, four-day decline, with analysts saying the gains are overdone
World
6 months ago

National elections are still a long way off in Zimbabwe. But it seems the opposition, buoyed by Hakainde Hichilema’s presidential win in Zambia, is ...
Features
6 months ago
Next Article